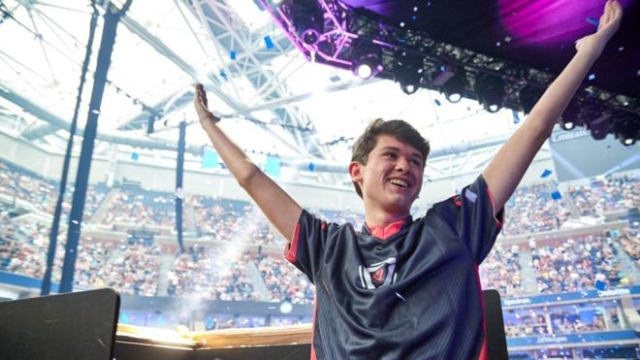 A US teenager has won a record-breaking $3m (£2.4m) to become world champion of the computer game Fortnite.

It is the largest prize pool in the history of e-sports, with $30m shared amongst the winners.

Kyle Giersdorf, 16, won the solo event of the competition in the Arthur Ashe Stadium in New York, which hosts the US Open tennis tournament.

And another British teenager – 14-year-old Kyle “Mongraal” Jackson from Sidcup, Kent – also walked away with a major prize.

Top 6 duos top 13 solos, taking home $375,000 total, wasnt a bad result but I wanted better but stayed consistent in both modes, congrats to the winners and I cant wait for future competitions ðŸ”¥ðŸ”¥ðŸŽ–

Mr Giersdorf, known online as Bugha, stood laughing and shaking his head as the crowd erupted when his name was announced.

He told the BBC he wants to save most of his prize. “All I want is a new desk and maybe a desk for my trophy,” he said.

The final game was described by the commentators as a “ridiculous victory lap” as the winner played with a smile on his face whilst beating his rivals. 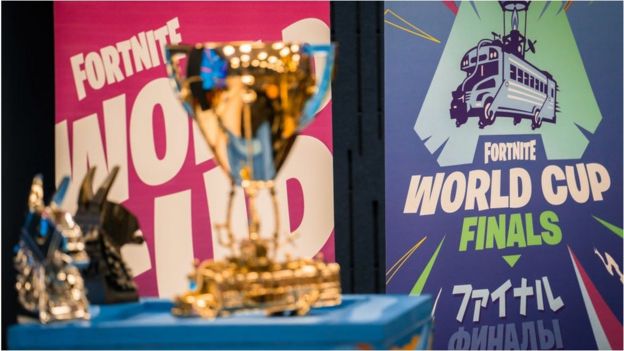 The event is seen as a major moment in e-sports, which is estimated to be a billion-dollar industry in 2019.

However, its record for the biggest prize pool is already set to be broken by another event called The International, taking place in August. 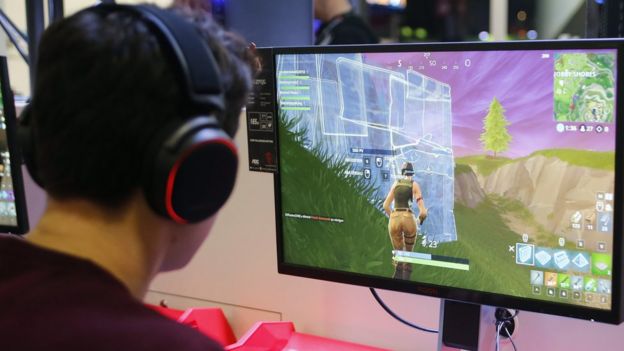 There are an estimated 32.4 million gamers in the UK.

More than 30 nations were represented with 70 players coming from the US, 14 from France and 11 from the UK.

The game involves 100 players being dropped onto an island where they have to find weapons, build structures and eliminate each other until one player comes out on top.

It has 200 million registered players worldwide and is free to download, but players can spend money on in-game purchases.

Players can play alone, as part of a four-person squad or a 20-member team, either with friends or people they do not know. 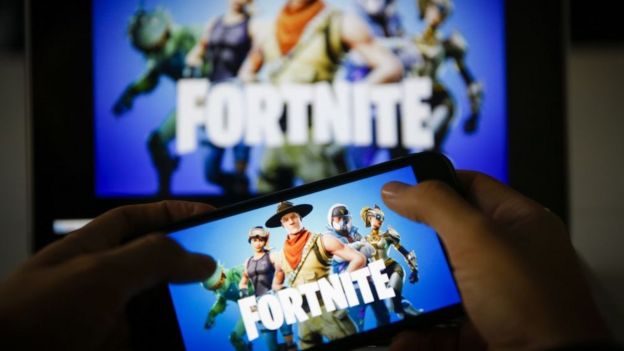 Last month its makers were quizzed by MPs on whether game developers Epic Games did enough to verify the age of players or encourage users to take breaks after long periods of gameplay.

In April, the Duke of Sussex called for Fortnite to be banned, saying the game had been “created to addict”.