Video: Flashback of Prez Mahama’s 2013 State of the Nation Address 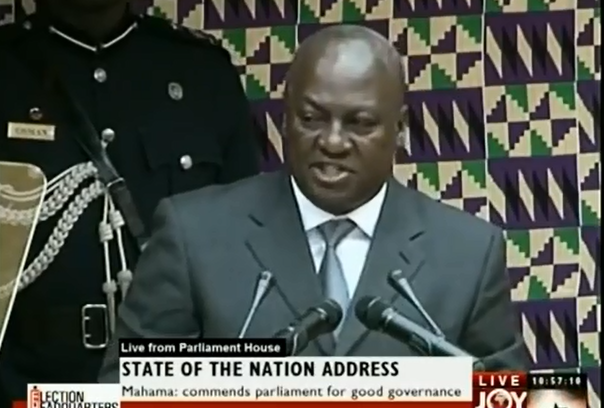 As the President gives his 2014 state of the nation address today,myjoyonline presents what John Mahama said last year.

This is to give the opportunity to assess what has been accomplished since last year as against  what is expected to be accomplished in a year seen by many as a turbulent.

"In the next four years, we will build an economy that rewards hard work and nurtures the Ghanaian", was a poignant quote in last year's address.

The President also indicated that he will ensure schools, colleges and universities in the country meet the demands of "a new age with emphasis on technological innovation."

Is 2014 progress or retrogression? You be the judge.

In the absence of a strong scrutiny about whether those promises have been fulfilled, and whether he lacked new ideas, we bring you a video of last year's state of the nation address, in the hopes that we will be able to pick up on similarities.