Video: I’m not afraid of being judged, A Toast To Life’ is my truth – Juliet Ibrahim 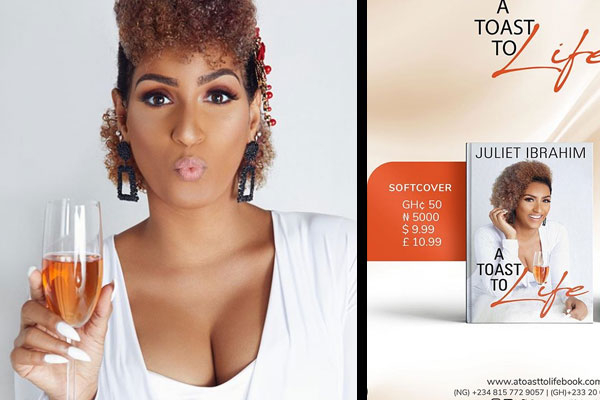 Actress Juliet Ibrahim says she is unperturbed by the backlash after telling her story in her first book ‘A Toast to Life’ is likely to attract.

The actress and model shared the good, bad and ugly of her journey in a memoir which was launched on August 11, in Accra, following the first successful launch in Nigeria.

The screen personality in a conversation with Joy News’ MzGee on ‘The Gist’ said, she was nervous about opening up on some dark secrets in her past, including surviving the Liberian war, sexual molestation, divorce and failed relationship with Iceberg Slim.

However, Miss Ibrahim revealed she was not afraid of being judged.

“I am not afraid of people’s opinions or judgement about my life because we all have one life to live,” she stated.

Juliet Ibrahim, however, admitted she is a bit nervous letting the world into her personal space and family life.

She said: “This is my truth, this is how I saw things happen, how I felt, what I have learnt and how I have used my experiences to become who I am today.”

The launch of the book was graced by the French ambassador to Ghana, Anne Sophie AVÉ; former Parliamentarian and daughter of the first president of Ghana, Samia Nkrumah; business mogul and Oscar Yao Doe.