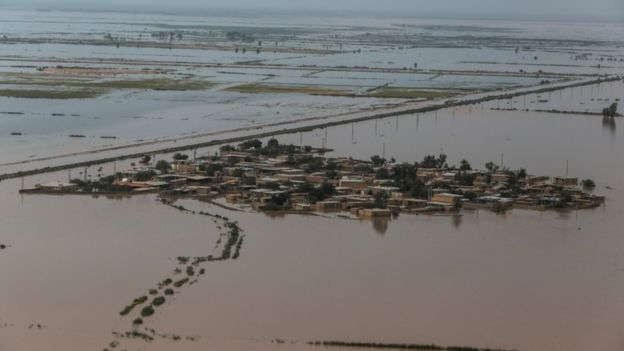 Three weeks of heavy rainfall have left much of the country submerged and cost at least 70 lives.

More downpours are forecast for the south-west, with 400,000 people at risk. Dangerously full dams are being opened to ease water build-up.

Women and children are being moved to safer areas while men have been asked to stay to assist with relief efforts.

Where are the latest evacuations?

The south-western province of Khuzestan, which borders Iraq, is the main focus.

Six towns and cities along the Karkheh river needed to be evacuated as soon as possible, Khuzestan's governor Gholamreza Shariati said. 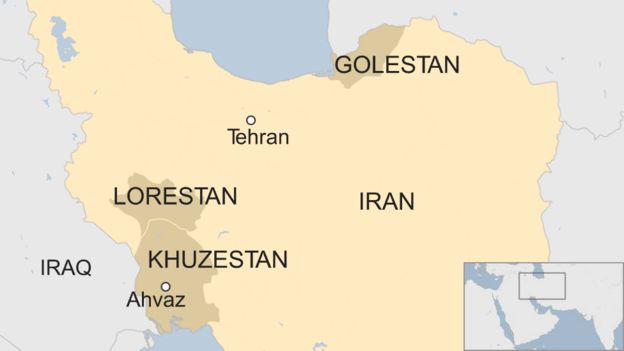 He said the situation was critical and, despite the fears of renewed flooding, the Karkheh dam was being opened to release build-up.

Around 70 villages in the province have been evacuated in the past week. There is no order of evacuation yet for Khuzestan's capital, Ahvaz. 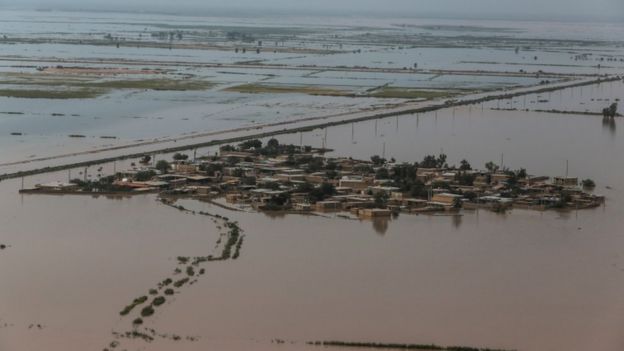 Iraq on Saturday closed its Sheeb border crossing to both travellers and trade until further notice.

Energy companies in the oil-rich region have helped the relief effort by using pumps to remove water.

Where else has been affected?

On 25 March, the west and south-west were struck, with more rain in the same area on 1 April. Lorestan province was the worst hit then, with cities and villages cut off. 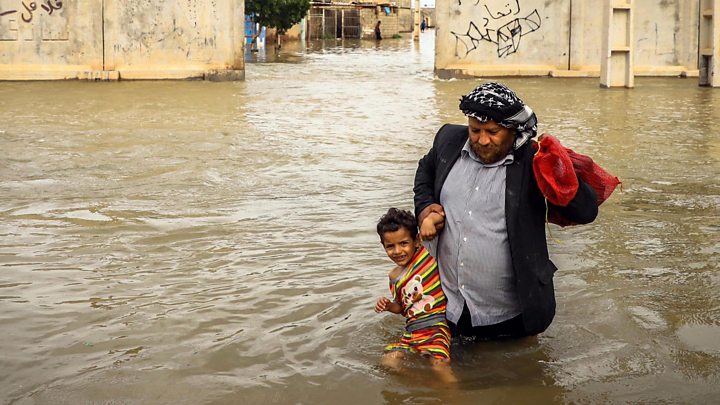 Media captionThere are scenes of flooding across the country

Thousands of roads, bridges and buildings have been destroyed.

How are rescue operations faring?

Aid agencies are struggling to cope with the scale of the crisis and Iran's state budget is under pressure due to US sanctions on energy and banking. 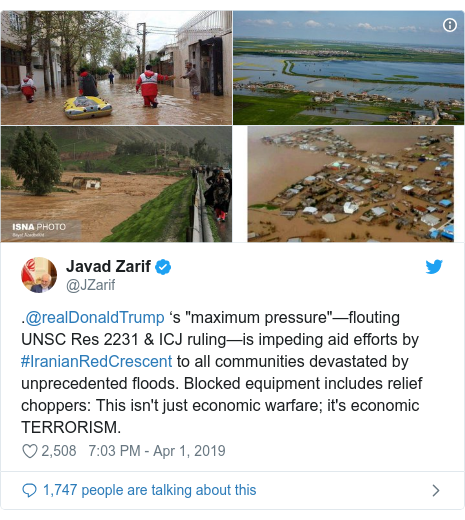 The government has promised that those affected, especially farmers, will be compensated for their losses.

The head of Iran's elite Revolutionary Guards said the armed forces were "using all their power" to minimise damage.

Are floods linked to deforestation?

Environmental experts believe that deforestation has been one of the major causes of flooding in recent years in the country.

According to Iran's Natural Resources and Forestry Organization, widespread and unregulated deforestation has destroyed around half of Iran's northern forests, areas where major floods have occurred.

According to the organisation, the northern forests area has been reduced from 3.6 million to 1.8 million hectares during the past 40 years.