Video: Man gets rejected after proposing to lover at Accra Mall 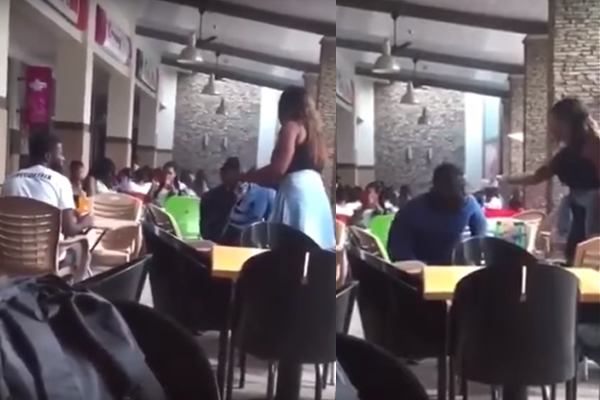 There is nothing more romantic than a guy taking his woman (girl) out on a date and proposing marriage to her or so we thought.

But it was not romantic for a guy who recently tried this age old trick to woo his woman as he got brutally embarrassed in public.

In a video making rounds on social media, the guy is seen with the lady at a place which looks like the Accra Mall.

After the guy talked for some time and showed the engagement ring to the lady, she furiously got up and poured a liquid believed to be water on the guy.

She then left the place leaving the poor guy totally embarrassed as the people around looked on.

It is not yet known the exact conversation that went on between the two but the guy definitely did not deserve such an embarrassment.