Davido, who had earlier announced his introduction to Chioma, disclosed this on his Instagram page.

Alongside a picture of Chioma with a ring on her finger, Davido wrote: “She said Yes! Big Rock! Assurance 2020.”

DAILY POST had reported that the 27-year-old last week Monday concluded an introduction ceremony with his would-be wife’s family on Monday. 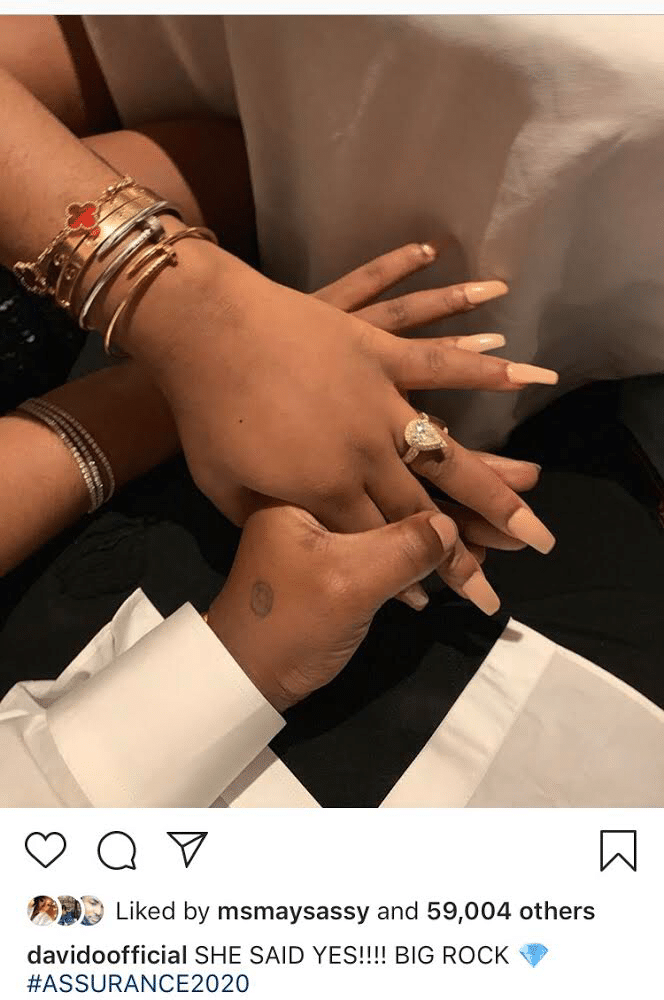 On photos he shared on his social media handles, the celebrity said 2020 was the anticipated year for the big event, calling on friends and family to get ready.

Davido also addressed rumours that his bride to be was pregnant, asking Nigerians to be patient.

The ‘Blow My Mind’ crooner will definitely be having a wedding come 2020.