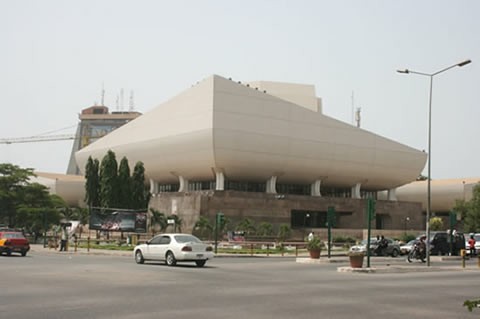 The National Theatre of Ghana has outlined activities for the celebrations of its 25th Anniversary.

Executive Director of the theater, Amy Appiah-Frimpong announced the Silver Jubilee celebrations at a press conference on Tuesday.

According to her, activities lined up include theatre productions in all ten regions of Ghana, three major productions by the resident groups, monthly drama programs, renovation works, exhibitions and honoring men and women who have contributed to the progress of the National Theatre.

To further upgrade the status of the state asset, an electronic ticketing portal has been featured on the yet-to-be-launched website of the Theatre.

The e-ticketing system will help check duplication of tickets to maximize profit and also allow event organizers sell tickets months ahead of the program date.

This e-ticketing system was developed by webtickets.com.gh which has its mother organization in South Africa.

Amy Appiah-Frimpong mentioned that the construction of an online payment platform is also underway.

She congratulated management of the National Theatre for the good work done over the years and expressed government’s commitment to supporting the ‘soul and heart’ of the nation.

Established in 1992, the theatre houses the three resident companies including the National Dance Company, the National Symphony Orchestra, and the National Theatre Players.

The landmark edifice was built by Chinese and offered as a gift to Ghana.

It has a building area of 11,896 square metres (128,050 square feet), and is sited near the junction of the Independence Avenue and Liberia Road.