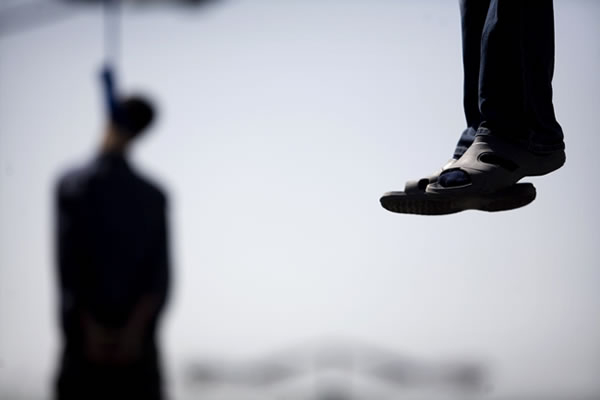 A blind man who could not stand the fact that his wife had divorced him has committed suicide.

Mobila Yanam, believed to be in his 40s, had made two earlier attempts to commit suicide. In the first attempt three years ago, he is alleged to have drunk some chemicals.

After he received treatment at the Komfo Anokye Teaching Hospital (KATH), Yanam was made to sign an undertaking that he would not attempt suicide again.

Notwithstanding his pledge, Yanam, who had lived in the area behind the Ridge Police Station close to the ECG Sub-station in Kumasi for years, last Sunday morning hanged himself on a mango tree with a piece of cloth.

According to his brother, Bobila Yanam, the deceased’s second attempt at suicide occurred when quarrels ensued between him and his wife as a result of accusations and counter-accusations of infidelity.

It eventually culminated in the two separating about four years ago.

He said the problems led to the wife leaving for her hometown with one of their children, while Yanam stayed with the other child.

Bobila noted that about three years ago, his late brother drunk a poisonous substance, but luckily some neighbours rushed him to hospital, after which he was made to sign a bond to be of good behaviour.

He said months after that treatment, his late brother broke the bond and attempted suicide for the second time.

He took in some unknown substances and was rushed to KATH.The doctors did their best to save his life but he lost his sight the process.

Bobila said his deceased brother was counselled not to attempt suicide again.

Last Sunday, Bobila said, he went to his brother’s house, as usual, to give him money for his upkeep but did not meet
him.

He later found the lifeless body of his brother hanging on a mango tree naked.