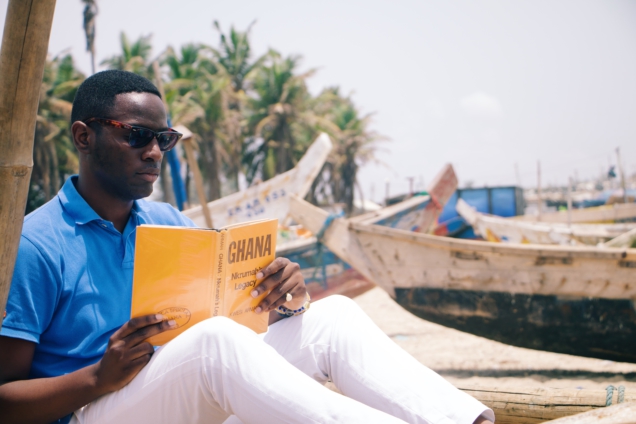 Upon arriving at the office of the Judicial Service of Ghana, I’d usually take a brisk walk through the vibrant streets of Accra to queue up, with tro-tro drivers, market women toting babies, data voucher vendors and white-collar workers, for some delicious Hausa koko and koose.

And with almost every inch of the market occupied with an enterprise of some sort, it was unavoidable manoeuvring through the pathway without bumping into other pedestrians, amidst the constant barrage of hyper salesmanship.

This daily congregation of Ghanaian workers and entrepreneurs at the koko spot eventually bred familiarity amongst those of us who encountered each other quite regularly. Far from the realities of the fisher-folk or market women, and besides my short stint as a paralegal at the Ghana Armed Forces, I had only previously worked for an average of 14 hours a day at Kimathi & Partners.

I joined the transactional department of the practice group as an intern at a busy time – the firm had just been retained by the USA Government to advise it on the implementation of the US$498.2 million Compact Contract with the Republic of Ghana.

But I needed to get up close and personal with the roots of the Republic; I relished the morning discourses with the informal ‘Koko club’ as a way of bridging this gap.

Unravelling the multiple layers of the Republic’s administrative capital, I’d breakfast with the comrades as we discussed current affairs for just about quarter of an hour or so — absorbing the lamentable moan of workers about the ever-worsening social conditions of the Republic — and thence parted back to Court.

I could always sense their pent-up frustrations and inherent lack of confidence in our public institutions. Several sombre testimonies of wishful citizens, scorned by political promises, dominated our encounters. The stories got more confidential with each passing day.

Perhaps, what I found most disturbing after our subsequent interactions, especially amongst fellow young women and men, was what appeared to be a psychological surrender to the notion that government is incapable of coordinating any sustainable long-term socioeconomic agenda for our common benefit.

A Republic could not possibly inspire its citizens to nation-build if her people remained hoodwinked from the light at the end of the tunnel. These were workers convinced beyond reasonable doubt that we found ourselves on the blind spot of the political elite.

Although we all agreed that, if we were to progress as a Republic, both the political structure and our role as citizens needed radical reform — my repetitive argument for a nouveau post-partisan mass-based civic movement, as a necessary step for a renaissance, was always met with very little enthusiasm from the audience.

It seemed almost absurd to them, especially to passionate partisans, that the traditional political structure could ever be disrupted by an alternative organisation. Nonetheless, the idea of elected governors, instead of appointed regional ministers, struck a chord with them.

Day after day I witnessed first-hand, right before my passé desk at the court room one, the sorrowful trials and incarceration of young adults, brought before the Circuit Court by prosecutors, for consuming small quantities of marijuana.

I’d gaze into the eyes of citizens-turned-prisoners, destined for an agonising life in an overcrowded prison which offers no real prospects of rehabilitation, as we listened attentively to the pronouncement of the verdicts from behind my seat.

I was only on the other side of a mirror. Trapped within an almost non-existent legal aid system, those who could not afford to retain the services of a lawyer had no choice but to represent themselves and, clueless about the implications of their sworn statements, often struggled to mount a convincing defence.

In sheer silence, I could only communicate my sympathies by intuition as tens of citizens were whisked away by the police. Their spouses, on some occasions, were left to their fate as single mothers or fathers without any adequate social welfare benefits or a stable means of earning a decent income.

The constitution must embody the liberal spirit of the free Republic. This is a new era. We must demand the decriminalisation and regulation of marijuana, for recreational use. Our inactions and numbness to these cruelties shall haunt our conscience in due time if we continue to abandon sections of the youth who have fallen in the grave of human resource – the prison system. Our generation is on a wild curve and we need to get back to the drawing board. We must row away from the rocks.

An ignorant citizenry is ever so often the blind instrument of its own destruction. The system has suppressed people for far too long. And too often, the nail that sticks out against the establishment is often hammered. But a nation devoid of true patriots at heart cannot move forward.

Haggard after a typical day on High Street, I’d stand at the brink of the eroding Jamestown harbour dock, perplexed and observing the fisher-folk and their apprentices aboard colourful wooden canoes, labouring for a meal and a better life as they cast their nets into the troubled seas of Accra.

From the edge of the dock, the paradox of High Street revealed itself –– the fragile symbols of progress such as the modern Court Complex and the colonial remnants of the Christiansborg castle were in clear sight from this poverty-stricken fishing hamlet.

I wondered if Ghanaian politicians had simply replaced the colonial power, rather than topple it. I wondered if this was the freedom Sergeant Adjetey, Corporal Attipoe and Private Odartey Lamptey were martyred for during the Christiansborg crossroad shooting. I wonder.