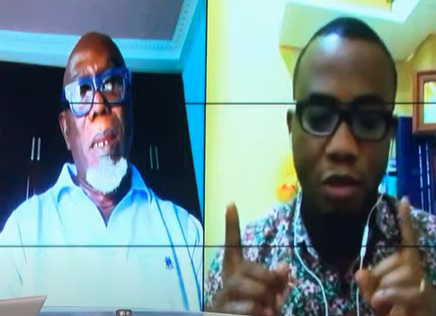 Criminologist and lecturer at the Kwame Nkrumah University of Science and Technology (KNUST), Dr Jones Opoku Ware has raised concerns over the surge in robbery cases in the country.

Speaking on JoyNews’ PM Express, Dr Opoku Ware was alarmed at the manner with which these robberies have turned violent.

“I think there is an increase based on the data. Because if you look at what we had as at last year, 2020 and the same period in 2021, we see the patterns having an increment.

“What is worrying for me is the violent nature that these robberies seem to have taken. The patterns as we have observed seem to be evolving because now we have more of these crimes happening in broad daylight and also on the streets,” he told Evans Mensah on Wednesday.

He explained that these robberies are occurring on the streets because a lot of companies are being established, feeding the notion that “money, is on the streets.”

“Why are these things happening? Because the streets provide a lot of these crime attractors and generators because money they say is on the street. Normally, cash is what attracts a lot of people to commit crimes such as robbery. So you see that once a lot of businesses are springing up, you have more people transacting business, moving money up and down on the streets, automatically it creates an atmosphere where people think that we can always take advantage.”

The President of the Institute for Security, Disaster and Emergency Studies who also spoke on the show shared similar concerns.

“These guys are very clever. They make rational choices as they are robbing. They know that the street out there is bigger than private homes. There are lots of money in the streets like we all know so it is better, opportunity cost, there is more to get out on the streets than go to somebody’s home who may have no money,” Dr Ishamel Norman stated.

He further argued that such acts could have resulted from the lockdown directed by government last year to curb the spread of Covid-19.

“I will be worried because in 2020, there was a lockdown. For at least 3 months, nothing was happening in the economy. So if right now, the crime rate is catching up in a period of our economic history where activities basically came to a standstill, I will be very worried.”

He also accused the police of playing catch – implying that the Police Service only reacts after a crime has happened rather than look for ways to prevent these crimes.

“We have realised that the pattern of crime is changing in Ghana. The police are playing catch up and that is where I worry. They are using traditional methods of intervention and interception instead of jumping ahead of the curve and walking backwards towards the criminals, they are waiting for something to happen and they go after them.

“That is not good policing. That is not effective criminal justice intervention,” he stressed.