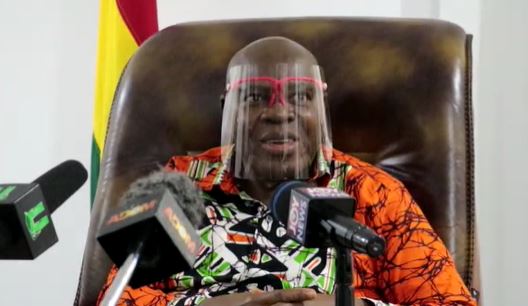 The Oti Regional Minister, Kwesi Owusu Yeboah has described the activities of Volta secessionists as geared targeted towards the NPP administration.

The Minister said research available indicates that no such activities were witnessed under the PNDC, and NDC but the NPP administrations over the years.

Kwesi Owusu Yeboah said anytime the NPP is in government, the group’s activities become prominent and believe some political actors and elements are behind the disturbances witnessed around Kpong, Juapong, Aveyime and other areas.

The Oti Regional minister was the former Volta Regional Minister under the John Kufuor administration for eight years.

His supervisory jurisdiction stretched from Aflao to Damanko, the last town bordering the Oti region to the north as currently constituted.

Addressing the media in the region Tuesday, the minister said anyone engaged in these secessionists activities in the Oti Region is deliberately doing so and commits a serious offense.

The minister assured residents in the region that the Regional Security Council is on top of issues and would not countenance any such activities.

He said the new region is hungry for development, for which reason its forebears started the fight for a separate region and not to break away from a unitary sovereign state.

The minister has described the attitude of the region to the group as “dreadfully anti-Togoland.”

The minister also hints that the proximity of the Oti Region to the Volta Region puts it on red alert for any such criminal acts.

The Minister also revealed that at least two names have come up as suspects from the Oti Region who took part in the disturbances in September around Kpong, Juapong, Aveyime and other areas but added that investigations are still underway properly identify them.

DISCLAIMER: The Views, Comments, Opinions, Contributions and Statements made by Readers and Contributors on this platform do not necessarily represent the views or policy of Multimedia Group Limited.
Tags:
Kwesi Owusu Yeboah
Oti Region
Western Togoland