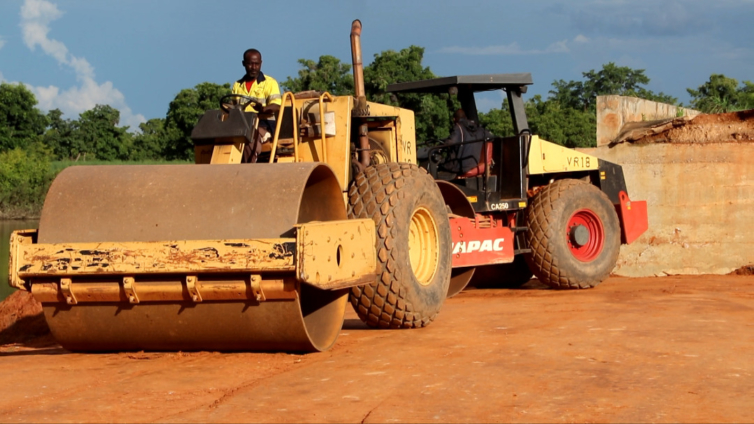 Relief has finally come to commuters in the Upper West Region who wish to travel to the Nadowli district and beyond.

This is because the Goriyiri section of the road that was cut off by violent flash floods as a result of torrential rains in the Region, has been temporarily fixed and opened to traffic.

The major challenge the commuters will grapple with for now, is the Wa-Yiziiri highway which is still under construction by P& W Ghanem to be completed by September, 5.

It’s been a fortnight since the torrential rains in the Upper West Region that triggered violent flash floods resulting in 8 municipalities and districts being cut off from the regional capital, Wa.

The National Disaster Management Organization (NADMO) after an initial assessment of the situation, pegged the number of farms affected by the floods at 702 belonging to 1,602 farmers.

Three hundred and thirty-six persons from 80 households were displaced following the collapse of their houses.

Passengers and vehicles were left stranded, and NADMO, the outfit the residents rely on to bring them relief, were themselves cut off.

However, today, the narrative is different.

Goriyiri road is almost complete and vehicles and commuters can now access the Nadowli and Jirapa District and Municipality respectively.

Travelers to the Lawra and Nandom Municipalities would however, have to pay a higher cost to get there and spend more traveling time.

Upper West Regional Minister, Dr. Hafiz Bin Salih who visited the site in the company of officials of the Ghana Highways Authority and NADMO said he was impressed with what he saw.

‘‘I am satisfied with the volume of work done so far. I have no doubt about the capability of P&W Ghanem.  Some few days ago, we could not use this road, here we are today and vehicles are passing.  Its good news for the people of the Upper West Region and the country at large, ‘’he said.

The Yiziiri road located in the Jirapa Municipality, which was the hardest hit in the region, is yet to be repaired.  Their roads were completely washed off by the violent floods.

The Upper West Regional Director of the National Disaster Management Organization, Ahmed Mustapha noted that the disaster is colossal and the government alone cannot shoulder the cost. He called on non-governmental and multilateral organizations to come to the aid of the affected victims.

Currently, work is ongoing on the highways that connect them to Nadowli and the Lawra Municipalities. P&W Ghanem has the ultimate responsibility. Heavy earth moving machines comprising of bulldozers, compactors, and tipper trucks are already on-site and work is moving on steadily.

The government has already earmarked fifty million Ghana cedis to fix the roads that were cut off in the Upper West Region as a result of the violent floods.

Four contractors, including P&W Ghanem, have been selected and awarded contracts to fix the roads. The government is doing its best to fix the roads but for some of the affected victims, their lives will never be the same again.