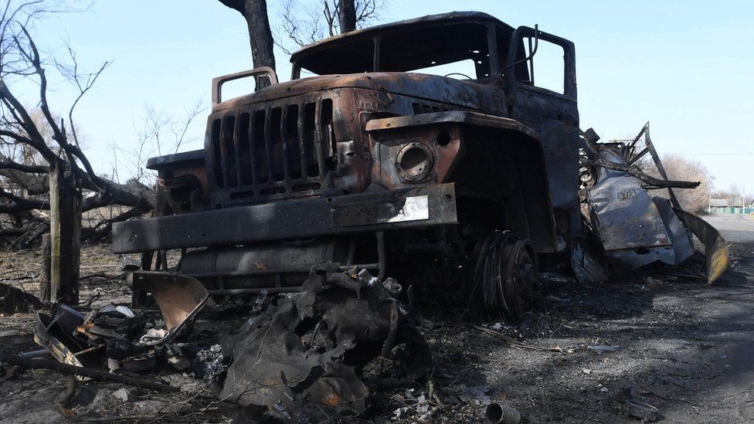 The governor of Ukraine’s Chernihiv region says there is no let-up in attacks by Russia, despite its pledge to reduce military activity there.

“Do we believe in it? Of course not,” he said, adding Russia had bombarded Chernihiv “all night long”.

On Tuesday, Russia said it would cut back operations around Chernihiv and the capital, Kyiv.

The pledge was met with scepticism. “Ukrainians are not naive people,” President Volodymyr Zelensky said in an overnight video address.

In his comments on Telegram, Mr Chaus said Russian forces had been “carrying out strikes on [the city of] Nizhyn, including air strikes, and all night long they hit [the city of] Chernihiv”.

The BBC has not been able to confirm this independently.

The mayor of Chernihiv city, Vladyslav Atroshenko, said Russia’s pledge to ease its assaults on Kyiv and Chernihiv would be good news if it could be trusted.

He told the BBC that as recently as Tuesday, “inhuman artillery shelling of several residential areas of the city took place, where about 35 people were hospitalised, where people lost their legs and some people were killed”.

Air raid sirens sounded in Kyiv in the early hours of Wednesday, hours after Russia said it would withdraw some troops from around the capital.

US and Ukrainian officials say Russia is continuing to reposition forces away from Kyiv, probably as part of an effort to refocus on eastern regions.