Watch: ‘Do You Really Love Me?’ by Francis Sun Essien 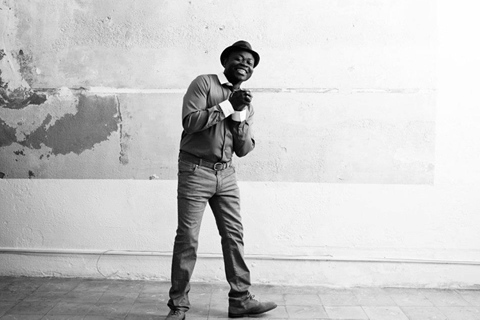 Italy-based Ghanaian musician, Francis Sun Essien has released his first major music video, ‘Do You Really Love Me?’ which reflects his diverse talent and cultural background.

After spending most of his last 20 years in Barcelona and Hollywood, Sun Essien’s music often reflects his personal life and the society.

‘Do You Really Love Me?’, which was directed by Paolo Mantero and produced by Armonica Film  tells a poignant story about the challenges in loving somebody and how true love stands tall.

According to Sun Essien, the song was based on a real life experience. He explained, ‘This is a real love experience I personally had with a Russian Girl – a very painful experience. The two of us were deeply in love but there was cultural barrier, language barrier, mutual understanding, and patience impeding this love.”

Though ‘Do You Really Love Me?’ is his first major release, Sun Essien is not exactly new to music. He started doing music ‘professionally’ in 1997 in Barcelona, Spain although he sang in the school choir in the Axim Roman Catholic School back home in Ghana.

He left Ghana to Malta in 1992 at the age of 19 to begin his journey in life which later took him to the USA, Spain and Italy. Most of his previous music works took place in the USA. His first album, ‘Promise You Love Me’ was released in Hollywood in 2007 but nothing major happened for the album because he failed to promote the album.

He studied acting in Stella Adler Acting School, Hollywood, California and then Theatre Of Arts, Hollywood. He also studied music in Musicians Institute, Hollywood California, and from these privileged school, he picked up splendid memories of talent and impact.

Sun Essien describes his style as pop music and says he has new works on the way including the music video for ‘Governments Rescue Banks’ and other songs on recording. He also has an upcoming film ‘Bad News from Lampedusa’.

According to singer, although he is often away, Ghana and Africa remains in his heart and he hopes his music would touch every corner of Africa and impact on its people.