We are living in danger, a week after chief’s murder – Acting Sota chief 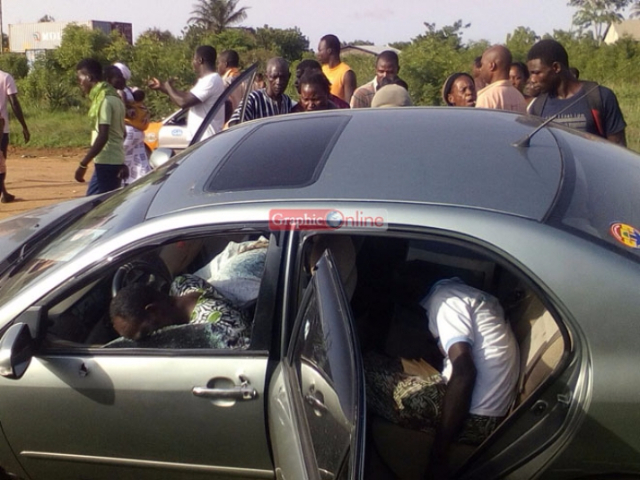 Acting chief of Sota, Asafoatse Odoi III says their lives are in danger a week after the chief of Sota, Nene Teiko Peteku III and two relatives were killed.

He claimed there have been sporadic gunshots fired at Sota despite the assurance of protection from the police.

He was speaking Adom FM’s Kwame Yankah during the one-week celebration of the murder of Nene Teiko Peteku III and two relatives by some unknown gunmen.

He said after the incidence they went to report the issue and the Dodowa Police came to the scene on orders of the regional police as well as the police headquarters.

“Since then, we went and reported officially and seek for security  which they promised yet,  up to now we have not seen anybody like policemen around  to do security our area,” Asafoatse Odoi III said.

Joy News is learning that, a security meeting was held last Wednesday where a proposal to provide a 24-hour security was agreed though the family says they are yet to see its implementation.

Nene Kpetutu III and two others were shot and killed by some unknown gunmen in a Toyota Corolla vehicle on the Afienya-Dodowa road in the Greater Accra region, early Sunday, March 20.

Wife of the deceased chief, Rebecca Teye told Joy News that her husband had been threatened by some family members and others for refusing to append his signature on some land documents they [family members] had sold.