We are prepared to take on terrorist groups - Upper East Regional Minister - MyJoyOnline.com 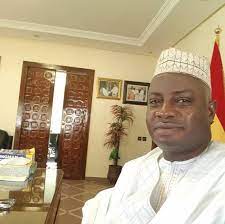 The Upper East Regional Minister has stated that the Region is fully prepared to deal with terrorist organisations if they attempt to stage attacks.

Speaking to JoyNews, Stephen Yakubu, who is also Chairman of the Regional Security Council, explained that government has adequately armed the region with the requisite logistics to fight any such attack.

“You know, we had about 22 small armored vehicles in the region. You know, some of the things I don’t want to say a lot, what we have done, but we have a lot of logistics coming into the region,” he assured.

His comments follow an alert issued by the National Security Secretariat that there may be terrorist groups operating from the mountainous parts of the Upper East Region and asking the Police and Military to be on the alert.

In response, Mr Yakubu, stated that the security in the Upper East Region is prepared for any insurgence, adding that he is satisfied with the level of preparedness of the security.

He noted that “we are doing great, trying to secure our borders, which we have been doing for a very long time now.”

“So far, we have not had any incursions of terrorists entering our region at all. All we know though, is that they have come closer and coming closer, that we have to sit up, which we are prepared and we’ve been preparing for a very long time now.”

Meanwhile, Security analyst, Adib Saani has warned that there may be moles in Ghana’s national security architecture who are tipping off terrorists.

According to him, the activities of the moles are hampering the country’s efforts to prevent terrorist attacks.

“I suspect there are enemies within and they have to investigate and get to find out who might have leaked this information, because this is not supposed to be public.”

The security analyst said that the fight against terrorism will not achieve the intended purpose if those moles are not cleared.

He advised that henceforth, “information should be encrypted and it should be sent through secured services.”

“..and what we need to also do now is to investigate how come information which was ordered just yesterday came out to the public domain by the close of the day [Friday]?” he asked.