We can elect MMDCEs on non-partisan basis – Alima Mahama 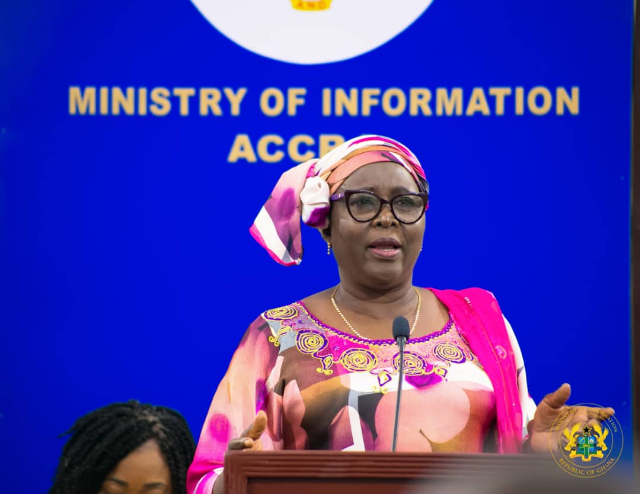 Local Government Minister, Alima Mahama, has explained that a ‘NO’ vote in the December 17 referendum does not mean MMDCEs cannot be elected.

“We can still elect them but it won’t be on partisan bases,” she said on Joy FM’s Top Story Tuesday.

Her comments come amid criticism from the National Democratic Congress (NDC) that the government is deliberately misleading Ghanaians to vote YES in the Referendum which seeks to allow political party participation at local government level.

The opposition party says even President Nana Akufo-Addo is involved in this misinformation.

The government is campaigning for a YES vote in the referendum for MMDCEs to be elected on partisan basis.

But the NDC says the government’s communication is deliberately skewed to push their agenda.

The party which began its campaign for NO in the referendum says, bringing partisan politics to the local government level where the MMDCEs are located would not augur well for the country.

The NDC says they are still in favour of electing MMDCEs but the law regarding the participation of political parties should remain unchanged.

What the constitution says

To get MMDCEs elected, Article 243/1 of the Constitution has to be amended by 2/3 members of Parliament.

The clause states that “There shall be a District chief Executive for every district who shall be appointed by the President with the prior approval of not less than two-thirds majority of members of the Assembly present and voting at the meeting.”

The amendment would then take away the power of appointment from the President and a provision be made for the MMDCEs to be elected by universal adult suffrage.

The point of confusion or disagreement comes with whether political parties should participate or not.

Article 55/3 of the constitution states that “Subject to the provisions of this article, a political party is free to participate in shaping the political will of the people, to disseminate information on political ideas, social and economic programmes of a national character, and sponsor candidates for election to any public office either than to district assemblies or lower local government unit.”

With Parliament already in the process to amend Article 243/1 to make the MMDCE position elected, the government has been campaigning to get this done on partisan bases.

But the NDC says the government is misleading Ghanaians by presenting the message as if both amendments are directly related.

They are not related, Prof. Kwamena Ahwoi, head of the Committee of experts advising the NDC on the December 17 said.