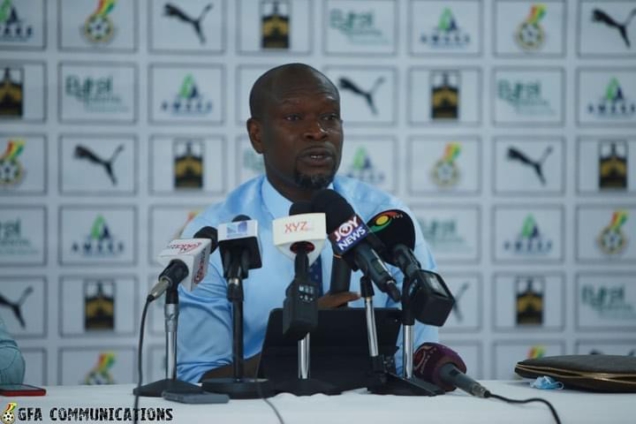 Black Stars head coach, Charles Akonnor, has hit back critics of the team’s performance v Ethiopia, indicating the team did what was necessary.

Ethiopia were hosted by the Black Stars at the Cape Coast stadium, and the side who have featured in AFCON only once in more than a decade, were the better side on the evening.

The Black Stars struggled to break down the Walias in a very disappointing game for the Black Stars who had close to a full strength side – bar Partey and Kudus.

Akonnor is of the belief that excitement is unnecessary once efficiency is an assurance.

“We knew our opponents very well. We know they are a team that possesses the ball a lot and we are aware of their threats. Yes, I know we were not as exciting as the fans would want but they also possessed the ball without being a danger to us. They posed no threat to us during the game.

“What was important was that anytime we had the chance to attack, we did that. Even though we were not clinical enough to score more goals”. Akonnor stated.

Despite their lackluster display, the Black Stars managed to fashion some goal-scoring opportunities mainly due to their press.

Closing an eye to complains of Ghanaians with regards to the team’s uninspiring football, Akonnor’s worry is tied to the inability of the team to finish chances.

“We were not worried when they were possessing the ball but what we were concerned about was our inability to be clinical upfront. We also lost possession a few times in the midfield as well but the most important thing is that we won and we have the three points and that is all that matters” the Black Stars head coach said.

Ghana are currently placed top of Group G with 3 points, ahead of South Africa, Zimbabwe and Ethiopia.

The Black Stars will be without Jordan Ayew, Baba Rahman, Yiadom and other England-based players for the South African encounter on Monday due to UK travel restrictions.