We have to be strategic with Sinohydro deal – Dr Mutaka 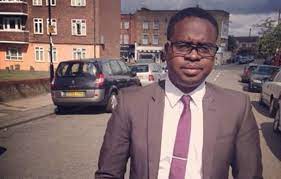 The Director of Special Projects and Investor Relations at the Office of Vice President, Mutaka Alolo says government has to be strategic in the execution of the Sinohydro deal.

Throwing more light on the barter agreement with China, Dr. Alolo said on Joy FM’s Top Story, on Monday, that the agreement must be structured to coincide with development of the bauxite industry.

He said the agreement is engineered for Ghana to access funds from the Asian giant to fund selected infrastructure projects and in return, pay with proceeds from the processing of the country’s bauxite.

“So we have to work on our integrated aluminium bauxite industry simultaneously. So, it is structured in a way that we are sure that by the time the first repayment and subsequent ones are due, the bauxite arrangement would have been done. We have to implement this project in such a way that when the repayment is due, we have enough proceeds from bauxite for the repayment, that is what the whole thing is about,” he told host of the programme, Evans Mensah.

His clarifications come on the back of JoyNews’ queries about the state of the agreement with China three years after the government bulldozed the deal through the 7th Parliament.

The government, amid fierce resistance from chiefs, residents and the Minority NDC then, signed for China to get proceeds from mining of the Atewa forest in exchange for $2billion to fund infrastructure projects.

After three years, the government says only some $80million has been released to Ghana. None of the projects have been completed, contrary to the timelines approved by Parliament.

The government blames the delay on the COVID-19 pandemic. According to Dr. Alolo, the effects of the pandemic has affected the release of the monies.

He, however, revealed on Top Story that six projects out of the 10 that was initially signed have commenced and are in different stages of progress.

“The deal is structured in a way that the money is made available to you it is just like any infrastructure financing project. They don’t give the money to you to hold and use, the bank keeps the money as and when the project progress they pay. The over $100million that has been released is the amount for work that has been done on the ground on all the projects.”

Dr Alolo added that the projects have been phased out with different commencement days to ensure that when the repayment is due there is enough proceeds from bauxite for the repayment.