We need to move out there and demand to be noticed – Chief Moomen tells Ghana music industry - MyJoyOnline.com 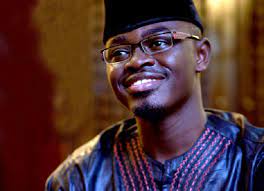 He threw in his observation and suggestion on April 9, on Joy FM’s Showbiz A-Z, where he joined Kidi, Camidoh and Mr. Drew as guests. The panel discussed the rough and tough terrain in Ghana music, during which Chief Moomen advised musicians.

Chief Moomen asserted that the Ghana music industry has possibly taken a cue from the exemplary path that its Nigerian counterparts have charted.

He congratulated and commended the likes of Kidi and Kuami Eugene on their successful show at the Indigo O2 in the UK, as well as King Promise’s amazing performance in Nigeria recently, stressing that they are proof that we can go global too.

“If we do not move out there and demand to be noticed, our talents will not be noticed”, he opined. According to the playwright, Ghanaian musicians need to make conscious efforts to attain worldwide status

He admitted that it is imperative for artistes to pay their dues with hard work to make it to the limelight. Similarly, taking one’s art to all corners of the world requires dedicated and deliberate efforts.

“They [need to] put in work to get their claim internationally… if they need to take [their art] to the next level, they need to put in the work”, he explained.

Young vibrant musicians in Ghana have, in recent times, demonstrated their zeal and thirst to change the narrative. After Lynx Entertainment signees Kidi and Kuami Eugene shut down London, Camidoh has reached over a million views on Youtube with his hit single Sugarcane, while Black Sherif’s Kwaku The Traveller is currently the most ‘shazamed’ song in the world.