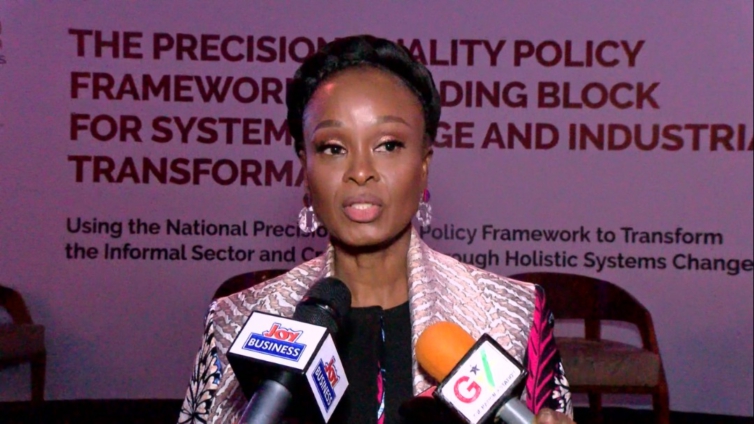 The Founder and Chief Executive Officer of the Design and Technology Institute, Constance Elizabeth Swaniker, has called for a reintroduction and reinforcement of extracurricular activities in schools across the country.

Speaking on JoyNews’ 3rd ‘Joy Change-Speakers Series’ platform, a special edition of the Newsfile, she said that while Ghana’s curriculum has become outmoded and unfit for purpose due to the failure of authorities to modify them to suit prevailing circumstances, the education system has utterly abandoned extracurricular activities.

Describing extracurricular activities as crucial to shaping and evolving young people for the future, she noted that their absence in schools have significantly contributed to the unemployment crisis bedevilling the country.

“We don’t play sports anymore, we don’t have theatre, dance, drama in our school system anymore, and you’re asking yourself (why?). The role of extracurricular is so crucial. All these things that fundamentally really shape and evolve a young person, everything has been taken apart,” she said.

She further stated that due to the much needed ‘evolution’ that young people are denied due to the collapse of extracurricular activities in schools, they are unable to develop a voice for themselves and become leaders.

This is a problem, she noted, because with more young people seeking to become entrepreneurs, the lack of leadership skills and communications skills that these extracurricular activities would have afforded them are lost.

“I have a young son who is in school in the US, lived in Africa but only went to college two years ago and he said to me that ‘mummy, you know when you’re in school in the US if you’re quiet in class you’re marked down. You’re expected to speak out and you’re graded for speaking out.’

“No answer is a stupid answer, but if you don’t speak out, you’re called out. And this is something that really struck this young man that here, you don’t speak until your teacher asks you to raise your hand to speak. So these are things that I think that, you know, what are we doing? It starts also from the home before going to school,” she added.

DISCLAIMER: The Views, Comments, Opinions, Contributions and Statements made by Readers and Contributors on this platform do not necessarily represent the views or policy of Multimedia Group Limited.
Tags:
Constance Elizabeth Swaniker
Extracurricular activities