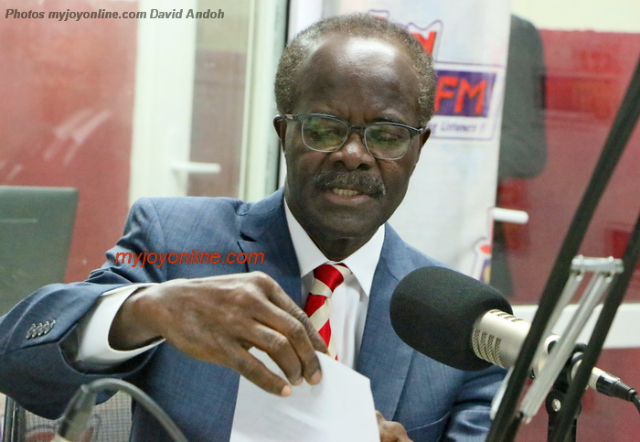 The government owes Groupe Nduom only GH¢3.1 million, a source at the Ministry of Finance has said.

JoyBusiness’ probe of the figures shows that the Finance Ministry has so far validated GH¢35 million and paid GH¢22 million. These are debts owed directly by the Ministry of Finance.

Further validation done according to sources close to the Minister of Finance proved only GH¢12.5 million out of the GH¢22 million claim sent by Gold Coast Securities could be traced.

The rest of the contracts are either ‘fictitious’ or uncompleted contracts. The amount owed the Ministry of Finance, therefore, has had GH¢9.4 million paid with a GH¢3.1 million debt owed contractors who were in an IPC arrangement with Groupe Nduom.

Ben Afreh of Gold Coast securities presents a contrary view. He said the money owed them is over GH¢2 billion by all government agencies including COCOBOD and the Ministry of Finance.

The amount owed us by the Ministry of Finance alone is more than the GH¢137 billion, “the Ministry is telling you and we have documents to prove” Ben Afreh lamented.

He added, “The debts include certificates issues for completed work, yet to be issued certificates because the work is yet to be finished and terminated projects the contractors are yet to re-enter. A private auditor has vetted all these projects and we expect the government to pay.”

DISCLAIMER: The Views, Comments, Opinions, Contributions and Statements made by Readers and Contributors on this platform do not necessarily represent the views or policy of Multimedia Group Limited.
Tags:
Groupe Nduom
Ken Ofori Atta