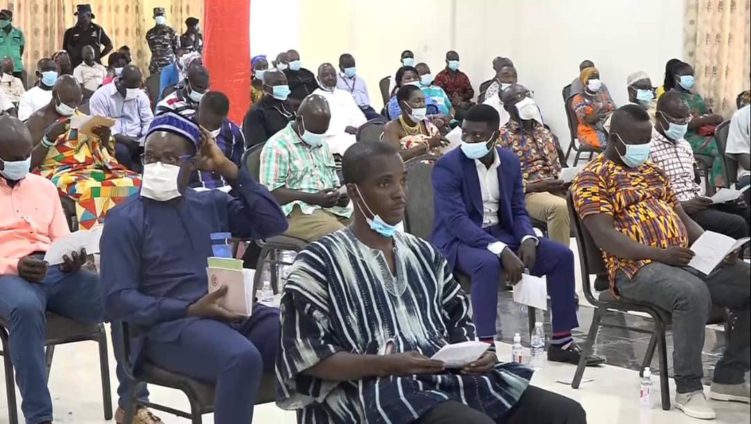 A member of the Shama District Assembly, Joseph Isaiah Mensah, has alleged that his colleagues took an amount of ¢2,500 each and still voted against the presidential nominee for the area.

The Shama Atifi assembly member stressed that the President’s District Chief Executive (DCE) nominee, Ebenezer Dadzie, met some assembly members before the election on Tuesday and pleaded with them to vote for him.

Out of the 25 members of the Shama District Assembly, the President’s DCE Nominee secured 12 votes whilst 11 members voted against him.

Two of the votes were invalid.

Optimistic of a landslide victory, some assembly members who described themselves as allies of the DCE nominee were agitated about the development.

Over the years, allegations have been made against the Shama district assembly members of taking monies from DCE nominees before confirming them.

Meanwhile, the presiding member for the Shama District Assembly, Mark Ackon, has since denied the allegation made by his colleague and indicated that none of the assembly members took the money.

The situation has currently caused a commotion in the assembly.

Some members are angry about the allegation and have pledged to vote against the nominee again should he be presented in the next ten days.

DISCLAIMER: The Views, Comments, Opinions, Contributions and Statements made by Readers and Contributors on this platform do not necessarily represent the views or policy of Multimedia Group Limited.
Tags:
District Chief Executive
Ebenezer Dadzie
Joseph Isaiah Mensah
Shama District Assembly