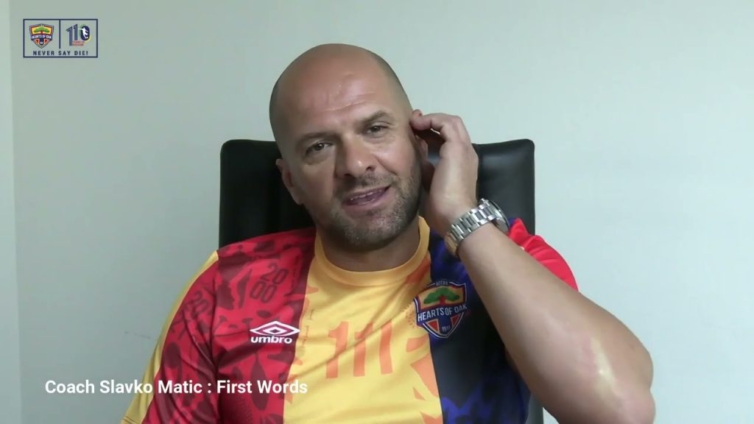 Newly-appointed head coach of Accra Hearts of Oak, Slavko Matic, says the club must play to win trophies as he looks to turn around the fortunes of the club.

The Serbian gaffer was unveiled as the club’s new coach, replacing Samuel Boadu, who was axed last month after the team’s poor start to the 2022/23 season.

Matic was unveiled on Wednesday, October 19, signing a two-year contract with the Phobians.

Speaking to the club’s media, the Serbia said, “We want to try and find a to play good football and to have the opportunity to give chance to young players. Also we want to take the trophies.”

“I come to a very big club and Hearts for me is the best club in the World. We have to get better. We must work hard, have team work, we must work smart and respect each other.

“They know also which club they represent – big club, big expectations,” he added.

Quizzed on the philosophy he looks to bring to the club, Matic stressed that the idea is to get Hearts playing “attractive football.”

“I grew up at a big club and I know how big the expectations are. I like to play offensive football. It doesn’t mean only attacking and nobody cares about defence,” he continued.

“We must score more goals. Whether that will be possible we have time to see. Big clubs must play attractive football. It’s not only about winning, how you win the game is very important.”

DISCLAIMER: The Views, Comments, Opinions, Contributions and Statements made by Readers and Contributors on this platform do not necessarily represent the views or policy of Multimedia Group Limited.
Tags:
Hearts of Oak
Slavko Matic