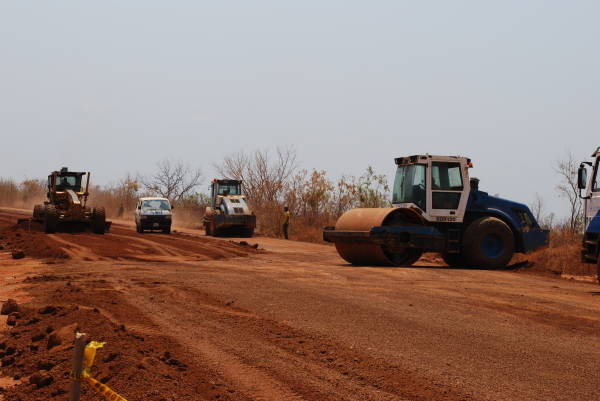 The Roads and Highways Minister, Kwesi Amoako Atta has reiterated government’s commitment to improving road infrastructure across the country especially in the six newly created regions.

Mr Amoako Atta, who was inspecting a steel bridge that has developed some mechanical defects at Nkwanta, on Thursday morning, said the current focus is on the completion of the Eastern Corridor road within the shortest possible time.

While ordering the bridge to be fixed, the Roads Minister also noted that all the newly created regions lack some projects and not just roads.

“We have been keeping close eyes on the newly created regions.”

“It is surprising that people’s minds were not on it but it came out clearly that the six newly created regions, in our country, proportionately, are the most deprived in terms of infrastructure.”

“And it is not only roads, almost all aspects of infrastructure.”

He, however, added that, just like other pro-poor policies that have been implemented by government, various measures have been put in place to ensure that these needs are addressed by the Akufo-Addo led government.

“What is in the hearts of many Ghanaians as demanded of him (President Akufo-Addo) and his government was to fix the deplorable road infrastructure to serve as the pivot around which the economic development of our nation would take place.

“Therefore, this government has prioritized the construction of roads.”

During his tour, the Minister made brief stops at Kete-Krachi where he inspected the construction of the 67kms Dambai to Krachi road being constructed by First Sky Construction.

Mr. Amoako Atta also cut sod for the construction of a 15km Kete-Krachi town roads, 10km of which would be asphalted while 5km would receive double layers of bitumen.