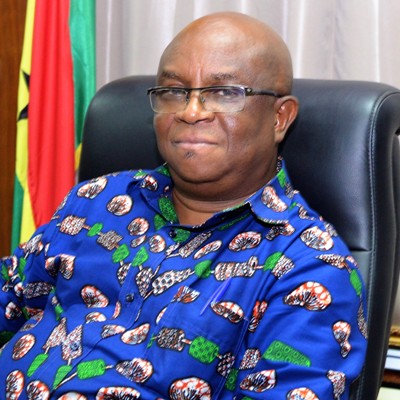 Although the Volta NPP Grassroots for Justice group did not state reasons for which they oppose the appointment, they maintain that they will not accept his appointment.

“Information reaching the rank and file of Volta NPP that the president has intended to reappoint Dr. Archibald Yao Letsa as the Volta Regional Minister.

“We wish to state equivocally that we the party base (supporters) in the region will not accept the said appointment,” the statement read.

In order to register their protest, the group will on January 25, embark on a procession and demonstration on the intended appointment.

The demonstration will commence from the Metro Mass yard (Sokode Lokoe) through to the Police Regional Headquarters, then proceed to the Civic Centre and wrap up at the Regional Party office.

Again, the Volta NPP supporters indicated that it would present a petition to the President through the Regional Executives of the party.

Meanwhile, Director of Communication at the Presidency, Eugene Arhin, has released details on the president’s ministerial appointments for his second term.

According to the communique, the total number of Ministers to be appointed by President will not exceed 85.

This comes after several calls from Ghanaians and the NDC Caucus to have the number of appointed ministers reduced to about 70.

Also, President Akufo-Addo has announced his administrative staff and other key appointees to help him continue his agenda and mandate for the next four years.

Acting Chief of Staff, Akosua Frema Osei-Opare retains her position alongside Nana Bediatuo Asante who was the Secretary to the President during his first term in office according to a release from the presidency.

DISCLAIMER: The Views, Comments, Opinions, Contributions and Statements made by Readers and Contributors on this platform do not necessarily represent the views or policy of Multimedia Group Limited.
Tags:
Dr Archibald Yao Letsa
NPP
Volta Region