We won’t promise what we can’t deliver – CPP 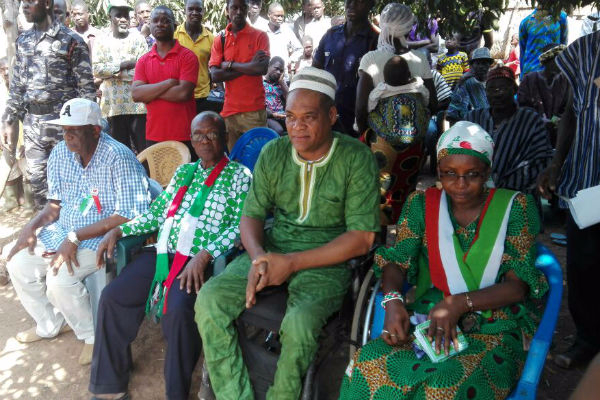 The Convention People's Party (CPP) says the party won't joining the promising spree of other political parties as the race to the Flagstaff House and Parliament heats up.

National Chairman, Prof Edmund Delle said the party "won't promise you anything we can't do."

This was the highlight of his speech in the Mion and Sanguli/Tatale constituencies of the Northern Region when the flagbearer, Ivor Kobina Greenstreet joined other party executives to intensify their campaign tour of the region Wednesday.

He advised the electorates to vote based on the campaign messages of candidates stressing that amongst all the messages from the governing National Democratic Congress (NDC) and New Patriotic Party (NPP), the CPP's messages are credible, clean and realistic.

Prof. Delle also advised the electorates to avoid voting 'skirt and blouse' to give the party the opportunity to serve Ghana better.

The flagbearer outdoored the party's parliamentary candidates to the electorates and reminded them not to forget the candidate first position on the presidential ballot which he attributed that to the work of God.

Mr Greenstreet told the electorate how Ghana can be better managed for their lives to flourish if they vote the CPP into office in the December polls.

The CPP Parliamentary candidate for Sanguli/Tatale, Senchen Komba also took the opportunity to remind his constituents why he is the right person to be voted for.

The chiefs and people of Sanguli/Tatale assured the party and its parliamentary candidates of their vote when they go to the polls.