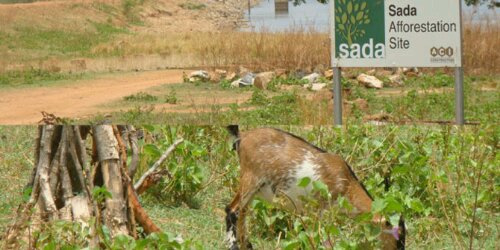 The new Board of the Savannah Accelerated Development Authority (SADA), has blamed the financial mismanagement and malfeasance that rocked SADA on weak governance systems and institutional structures put in place to govern its operations.

Speaking at the Fourth SADA Stakeholders Coordinating Committee Meeting held in Bolgatanga, the board Chairperson of SADA, Madam Angelina Monah Domakyaareh, announced that the new board had put in place strong governance systems and structures to help address the problem, so as to build an effective development scheme for the North.

Among some of the governance structures, put in place are, the Audit Implementation Committee, Human Resource and Administration Committee, Finance and Programmes Committee, as well as Organizational Organographies, she said.

She stated that unlike before, the new board was made up of experts, and had started putting their expertise to work to bring about a total change and positive development, adding, “We have already resolved some of the problems of SADA whilst others are also being resolved and we promised to work hard to cause a positive change”.

She added that the Board had initiated the computerization of the audit and the financial systems to act as check and balance, and to also serve as a guide to them in taking good decisions to run the affairs of SADA efficiently.

The Board Chairperson impressed upon all stakeholders not to hesitate to offer positive contributions toward the implementation of SADA programmes and activities.

The function brought together stakeholders, including Regional Ministers, Members of Parliament, Municipal and District Coordinating Councils Directors, Regional Economic Planners, Women leaders and Civil Society Organizations, among others, from the SADA Zones.

The SADA Zones are made up of the Northern, Upper East, Upper West and some parts of Volta and Brong-Ahafo Regions.

The meeting also gave the stakeholders the opportunity to outline SADA’s Annual Work Plan for 2015, and to seek more inputs to help chart the way forward.

Outlining the work plan, the Chief Executive of SADA, Mr Charles Abugre, mentioned among others that SADA would facilitate Agriculture -Led Growth and increase farmers income, stimulate and promote investment and Business Development to diversify the economy to create more jobs.

He stated that SADA would also facilitate and coordinate the stimulation of foreign and domestic investments, critical Infrastructural development, social protection and mitigation and access to social services.

He cited, for instance, that SADA would facilitate and coordinate the construction of the multipurpose Pwalugu Dam in the Upper East Region, which had been on the drawing board for a long time, and also facilitate the establishment of heavy equipment pool in the SADA zones.