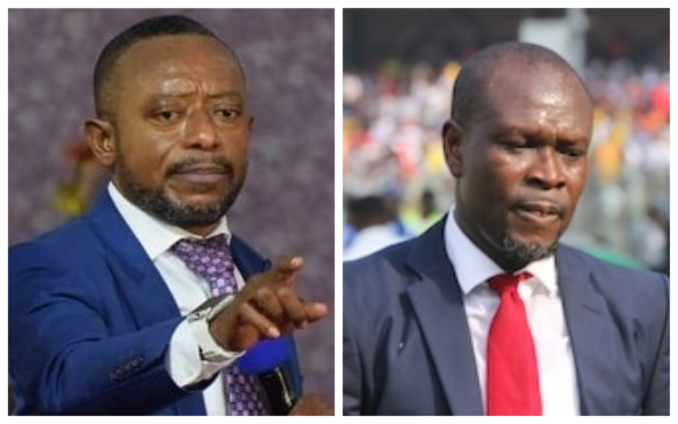 The Deputy Agric Minister, Yaw Frimpong Addo earlier this week gave the assurance that prices of foodstuffs will normalise after the next harvesting season.

According to him, the hike in prices of food across markets in the country is as a result of the cycle of food production adding that in planting seasons, prices usually rise.

Speaking on Joy FM’s Top Story and Joy News’ PM Express, the Deputy Minister stated that “Food shortage, yes, but we don’t have food crisis. I’m telling you that during the planting season every year, it has been like this. Just that this year because of Covid-19 and fertilizer production, everything about fertilizer (things have been intense).”

He is hopeful that regardless of the shortcomings, there will be good harvest this year because of the Planting of Food and Jobs policy implemented by government and the good weather patterns witnessed somewhere in June.

“Because of that, I am very confident that overall, we will get good harvest and the prices that are so high (will reduce). The forces of demand and supply will determine the prices. We are not going to experience any hunger in the country, that I can assure you,” he stressed.

On matters regarding education, two teachers at the Ahamanso Islamic Senior High School have been arrested by the Kadjebi District Police for attempting to leak English Language paper two in the ongoing West African Senior Secondary Certificate Examination (WASSCE).

When caught, Musah Mohammed named one Felix Ocloo, aged 32, an English Language teacher as an accomplice.

WAEC in a press statement earlier today indicated that Physics and Business papers that were rescheduled due to concerns over leaked papers, will be written on Friday, October 1, at 8:30am and Thursday, October 7, at 1:00pm, respectively.

The Council, therefore, urged school heads across the country to notify their candidates of the latest update.

The report by the Police stressed how attempts to apprehend the preacher resulted in an attack on the officers present.

In a viral video of Rev. Owusu Bempah at the scene, the man of God could be heard saying he was not at the residence of now turned Evangelist Patricia Oduro Koranteng formerly known as Nana Agradaa, to fight.

Following his arrest, the four were denied bail by the Accra Circuit Court hearing the case on Monday, September 13. The accused pleaded not guilty to the charges.

Shortly after this, Rev. Owusu Bempah was rushed to the Police Hospital in Accra after falling ill. The cause of the illness was not made known to the media but sources noted that the popular man of God was under strict surveillance.

Two hours after being hospitalised, Rev. Owusu Bempah was discharged and began serving his one-week remand in Police custody.

But the court presided over by Justice Comfort K. Tasiame on September 15, granted bail of GH¢200,000 with two sureties to the Founder and Leader of Glorious Word Power Ministries International.

The three others were also provided with the same conditions and were informed to report to the Police every Friday till the final determination of the case.

Fans of the football national team, Black Stars were on September 13 greeted with the termination of Charles Akonnor’s appointment as head coach.

He was relieved of his duties by the Executive Council of the Ghana Football Association (GFA) together with his two assistants.

It followed the receipt of the technical reports from Akonnor and the Black Stars Management Committee after Ghana’s Group G World Cup qualifying matches against Ethiopia and South Africa.

Some resource personnel in the sports industry say the move against CK Akonnor is unfair. CK Akonnor was appointed as head coach of the Black Stars in January last year.

Football analyst, Nana Agyemang, interacting with host of PM Express, Evans Mensah, stated: “I think to a certain extent, we haven’t been fair to him. Because it is an issue of time divided by target and although he has been there for a year, what we have done is to give him an extremely tall mountain to climb which is qualify for the Afcons – yes we know we qualify anyway and also to be placed in the semi-finals of the World Cup.

Those things are very tall for me for him because it is not as if he has been coaching for ten years. Perhaps we set him up to fail even.”

After his dismissal, CK Akonnor, thanked the President and the GFA for the opportunity to serve his country.

“I’m grateful to H.E President Nana Addo Dankwa Akufo-Addo, the Sports Ministry, my former boss Kwesi Appiah, the leadership of the GFA, colleagues I worked with, players and Ghanaians for the opportunity to serve.”

Meanwhile, JoyNews has gathered that CK Akonnor and David Duncan are to be paid over $600,000 by the Ministry of Youth and Sports and the Ghana Football Association (GFA).

According to the GFA, the committee on Thursday, September 16, submitted their report to the Association.

However, the report did not contain the identity of the new coach but Milovan Rajevac is leading the race to replace CK Akonnor as Black Stars coach, Joy Sports says.