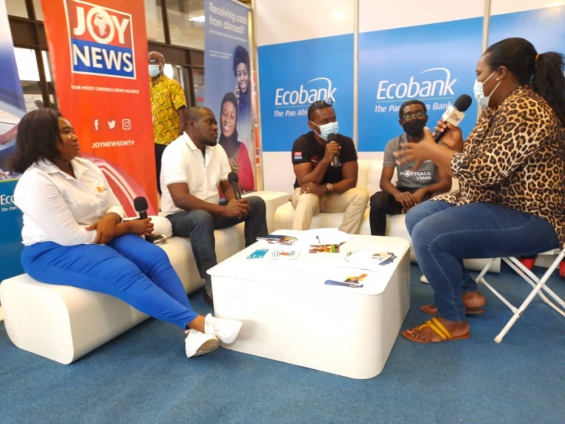 As part of this year’s JoyNews/Ecobank Habitat fair, Elegant Homes, one of the sponsors hinted at some jaw-dropping packages ahead of the first mini-clinic series on Saturday, September 11, 2021.

The Executive Director of Elegant Homes, Dorothy Quarshie assured prospective customers that they will not only enjoy a 10 per cent discount but a free fitted kitchen as well.

This was just one of the many juicy offers expected at the fair today.

Also, Former President, John Dramani Mahama during his ‘thank you tour in the Bono East Region granted an interview on a Techiman-based radio station, Akina FM, where he charged the party faithful to be vigilant in the next election.

According to him, the outcome of the 2020 elections indicated that elections are won at polling stations, hence, a call on supports not to let their guards down during the 2024 election.

“So at the polling station, it will be a do or die. I am not saying all die be die. I’m saying it will be do or die because the right thing must be done,” he said.

However, the comment which included ‘do or die’ caught massive attention as some Ghanaians viewed it as a call for violence, therefore a need for the former president to retract.

But, Mr Mahama responding to the assertion debunked it, apprising that he only used an idiomatic expression hence he will not retract the comment.

On the side, the Roads and Highways Ministry, Kwesi Amoako Atta on Thursday directed all contractors who abandoned project sites due to delayed release of funds to return immediately or risk being sacked.

This follows the release of some ¢800 million by the government for the payment of arrears owed contractors last month.

The event which was held at the Accra International Conference Center was aimed at linking job seekers to opportunities, and assist employers to find the right people for their companies.