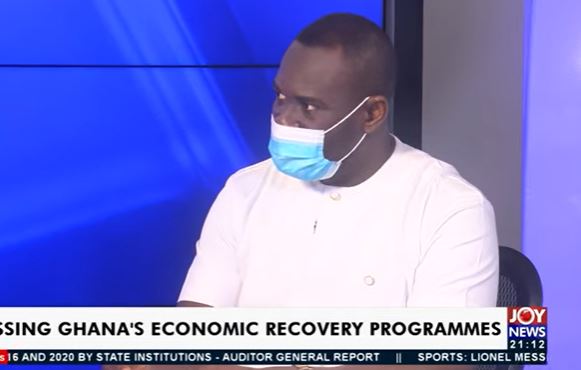 Government has given a firm assurance that it will not default in its debt obligations despite the rising level of same.

The Deputy Minister of Finance explained that funds are being invested in some productive sectors and projects that will help pay back these loans on time.

“We should realize or ask, where are these funds being directed to, are they going to areas that will aid the recovery?” Dr Kumah stated.

He added that, “Ghana has never defaulted in its debt payment and I don’t see that happening soon. Government is now building the required assets, capacity and expanding the economy to help bring the debts to appreciable levels,” he told host, George Wiafe.

Dr John Kumah added that most of these borrowings, were Covid-19-related, thus were necessary to support the economy.

He however noted that the situation will improve very soon.

“We should also remember that some of these borrowings were indeed to save the lives of people during this Covid-19,” he said.

Ghana’s total debt stock, according to the Bank of Ghana, has increased significantly, hitting $332.4 billion.

The World Bank, in a recent interview with JoyBusiness noted that it is worried about the impact of this development on Ghana’s debt and fears that the country could hit distress status soon.

The World Bank and IMF are currently carrying out Ghana’s Debt Sustainability Analysis.

This will impact Ghana’s classification and ability to pay its debt back on time. The country is currently classified as High Risk of Debt Distress. However, World Bank is worried that Ghana could “flip” into a debt distress country.

But speaking on PM Express, Dr. Kumah noted that Ghanaians should not be worried too much about this classification for now, because steps are being taken to deal with all the problems identified when it comes to Ghana’s debt stock.

“All the indicators of the risk of debt distress country have improved greatly, one can talk about inflation, and growth and cedi stability are all in the solid position, so are the country’s import cover and reserves”, he assured.

The Deputy Minister noted that an audit of the Covid-19 expenditure is currently ongoing and government is working closely with the Auditor General on all the issues identified.

He however insisted that the funds were spent prudently to stabilize the economy and save the lives of the people during the pandemic.

“We believe that the Covid-19 expenditure went a long way to save a lot of lives and businesses. A chunk of the recent increase in the debt stock was also as a result of the banking sector clean up and the recent Covid -19 related expenditure” he added.

“The Auditor General at the right time, will come out with its report on how the funds were used” the Deputy Minister added.

Arrears clearance and the economy

The debt owed these fertilizer companies, which was said to have been pegged at around GHS587 million, contributed to the recent hike in food prices because of its impact on the Planting for Food and Jobs Programme.

But he noted that significant payments have been made, a move that was confirmed by the Food and Agriculture Ministry as they put the clearance so far, at around 40 per cent of the total debt.

The Deputy Minister also gave the firm assurance that the necessary funds were set aside or allocated to buy vaccines at the initial stages. He however indicated that the global Geo-Politics, made it difficult to secure them on time.

“We are also committed that there is value for money and transparency surrounding the purchase of these vaccines” he added.