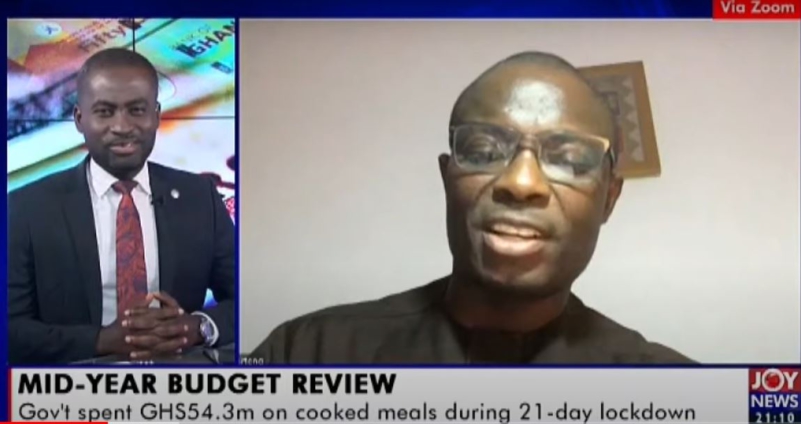 Deputy Finance Minister Kwaku Kwarteng has said his outfit is ready to justify the ¢54.3 million that went into the distribution of cooked food during the lockdown in parts of the country.

According to him, the Ministry is open to working with the auditors to breakdown the manner in which related agencies went about the execution of utilising the expenditure.

“We are happy to join anyone who says we want accountability on these expenditures, the Auditor General should do the audit. When that has been done, we are happy to engage. We are concerned about how the money that we are instructed by the government to send to those who really spent these monies how those monies are spent,” he said on PM Express Thursday.

This comes on the back of the announcement by the Finance Minister that the government spent ¢54.3 million on meals during the imposition of restrictions for 21 days in Accra and Kumasi as part of measures to curb the spread of Covid-19.

According to Ken Ofori-Atta, ¢50.2 million was also transferred to over 400,000 most-vulnerable individuals under the Livelihood Empowerment Against Poverty (LEAP) Programme.

This development has raised eyebrows among the minority and a section of the public as to the veracity of this claim made during the Mid-Year Review and Supplementary Budget presentation.

Kweku Kwarteng explained that it is unfair to conclude that the figures enumerated are questionable without a thorough audit.

“Before the auditor has gone to audit and brought you the report, to start giving the impression that somehow you have done your audit already and you are very sure that it was too much, I don’t think it is proper,” he told George Wiafe.

He also urged critics to laud the personnel in the food distribution value chain for their effort during the said period instead of critics drawing negative conclusions without scientific basis.

DISCLAIMER: The Views, Comments, Opinions, Contributions and Statements made by Readers and Contributors on this platform do not necessarily represent the views or policy of Multimedia Group Limited.
Tags:
Budget
Finance Ministry
Food
Kwaku Kwarteng
Lockdown