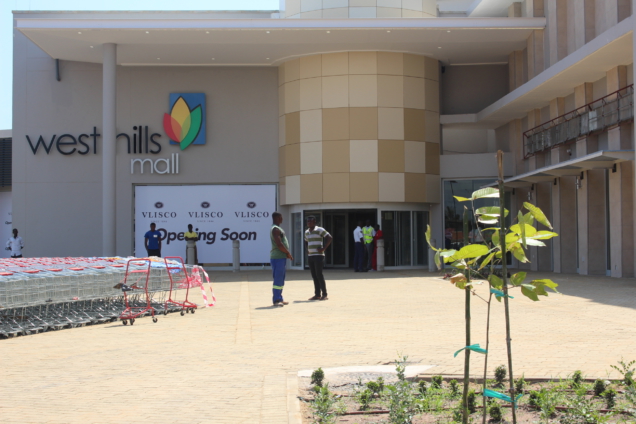 Management of West Hills Mall has dismissed claims by the MP for Weija-Gbawe, Tina Naa Ayeley Mensah that the facility is responsible for recent floods within the constituency.

According to Management, the MP has misconstrued facts behind the recent flooding to the general public in some comments she made to the media.

While Madam Tina Mensah had alleged that the floods were due to the construction of the mall, Management argues that the landscape “is a low-lying platform and has for many years always suffered flooding.”

“Early residents of the area would confirm that as far back as in the 1990s’ and even before the string of private developments, this stretch had been prone to flooding.

“As always, the degree of flooding depended on the intensity and duration of the rains,” part of a statement issued and sighted by JoyNews read.

The statement further indicated that the developers of the mall and the Ghana Highway Authority took into account key issues before the commencement of the project.

“One was to ensure that the flow of traffic to the mall was independent of the run of traffic on the Accra-Winneba highway. The other issue of concern was drainage.

“Two existing drains (one at the SCC traffic light and the other behind the building which now houses Melcom) were expanded and a new storm drain built to contain all run-off rainwater from the entire mall area”.

This, management said led to the approval of the construction by state agencies.

“Needless to mention that engineering designs used by the developer for neutralising the contingency of flooding in the Dunkonah area were all vetted, approved and the works duly inspected by authorized state agencies,” they added.

They are therefore urging the MP to probe into why some part of the constituency continues to get flooded and stop blaming the mall.

“Whiles we are full of admiration for the Honourable MP’s zeal to do something about the problem of flooding in her constituency, we would advise that she relies on the result of a proper technical study which takes full account of the natural topography of the area,” the statement concluded.