What exactly is Cyberbullying? 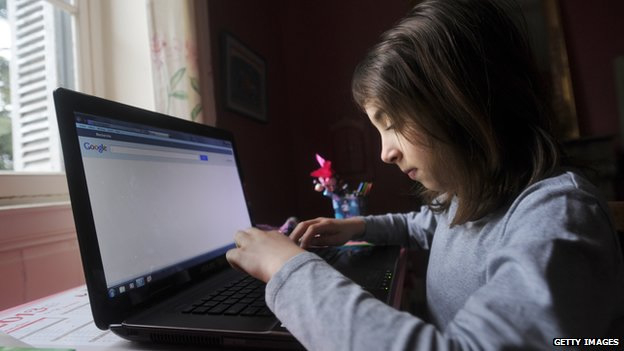 "Cyberbullying" is when a child, preteen or teen is tormented, threatened, harassed, humiliated, embarrassed or otherwise targeted by another child, preteen or teen using the Internet, interactive and digital technologies or mobile phones. It has to have a minor on both sides, or at least have been instigated by a minor against another minor. Once adults become involved, it is plain and simple cyber-harassment or cyberstalking. Adult cyber-harassment or cyberstalking is NEVER called cyberbullying.

It can be an extension of face-to-face bullying, with technology providing the bully with another route to attack their target. However, it differs in several significant ways from other kinds of bullying: the invasion of home and personal space; the difficulty in controlling electronically circulated messages; the size of the audience; perceived anonymity; and even the profile of the person doing the bullying and their target. Another school of thought is that because their motives differ, the solutions and responses to each type of cyberbullying incident has to differ too. Unfortunately, there is no "one size fits all" when cyberbullying is concerned. Only two of the types of cyberbullies have something in common with the traditional school based bully. Experts who understand school based bullying often misunderstand cyberbullying, thinking it is just another method of bullying. But the motives and the nature of cyber communications, as well as the demographic and profile of a cyberbully differ from their offline counterpart.

It isn't when adults are trying to lure children into offline meetings, that is called sexual exploitation or luring by a sexual predator. But sometimes when a minor starts a cyberbullying campaign it involves sexual predators who are intrigued by the sexual harassment or even ads posted by the cyberbullying offering up the victim for sex.

The methods used are limited only by the child's imagination and access to technology. And the cyberbully one moment may become the victim the next. The young people involved often change roles, going from victim to bully and back again.

Bullying is not new, but some features of cyberbullying are different from other forms of bullying. Here are a few:

HOW CYBERBULLYING CAN BE PREVENTED

The best way to deal with cyberbullying is to prevent it happening in the first place because there is no single solution to the problem of cyberbullying.

A. Understand and talk about cyberbullying

Essential elements of prevention are awareness raising and promoting understanding about cyberbullying. Awareness can be raised and understanding promoted through discussion and activity around what cyberbullying is and how it differs from other forms of bullying.  Everyone needs to be aware of the impact of cyberbullying and the ways in which it differs from other forms of bullying. Young people and their parents should be made aware of young people’s responsibilities in their use of ICT, and what the implication are for misuse. There is also the need to have guidance and counselling intensified in the schools so that children who fall victims to bullying could seek counsel. And for the out of school situations, the Domestic Violence and Victims Support Unit of the Ghana Police Service should be equipped to handle such cases.

B. Updating policies and practices

It is important to review and update existing cyber-security Act, Children’s Act and ICT for Accelerated Development policies to include cyberbullying. This can be done by the involvement of all stakeholders who have something to do with the cyberspace and the document is publicized. As a country, we have to ensure that everyone including learners, parents and staff are all aware of the procedures and sanctions for dealing with cyberbullying, including bullying that takes place out of school. Keep good records of any incidents of cyberbullying. Be able to conduct searches of internet use records at school, home and any other environment. Simple safety audit tools could be deployed for this kind of task owned by the community people themselves. When people are aware of the steps been taken to prevent bullying, such steps may act as a disincentive for bullies to misuse school equipment and systems.

It is recommended that schools record and monitor incidents of cyberbullying in the same way as all other forms of bullying. The information gathered can be used to develop their policies and practices.

No one should feel that they have to deal with cyberbullying alone, but reporting any incident of bullying can be really hard for the person being bullied and for bystanders. Provide and publicize different ways of reporting cyberbullying in the communities – for instance, national response center (rapid response center), peer reporting, anonymous reporting – and provide information about contacting service providers directly.

Publicizing reporting routes is an important element of prevention, raising awareness of the issue but also ensuring that any incidents can be stopped before they become too serious or upsetting. Make sure that the public is well aware of the different ways available to report cyberbullying incidents. In addition, schools, cafes, workplaces can signpost information about external reporting routes, providing information about contacting service providers directly.

E. Promoting the positive use of technology

Education and discussion around the responsible use of technologies and e-safety are key to preventing cyberbullying and helping children and young people deal confidently with any problems that might arise, whether in or out of school. Technology can have a positive role in learning and teaching practice, and there is a need for staff to be confident about ICT in order to model the responsible and positive use of technologies and to respond to incidents of cyberbullying appropriately.  Technology is successfully being used to support engaging, positive and effective learning, and to realize and increase the potential of personalized learning by making learning more flexible, creative and accessible. Explore safe ways of using technology with learners to support self-esteem, assertiveness, participation and to develop friendships. Promote and discuss ‘netiquette’, e-safety and digital literacy. Show young people that the adults in the school understand the technologies they use – or get the students to teach them!

Compiled by JI from: Cyberbullying: A whole community issue by Childnet International UK.