What Jay-Z bought for Beyonce for Valentine’s Day 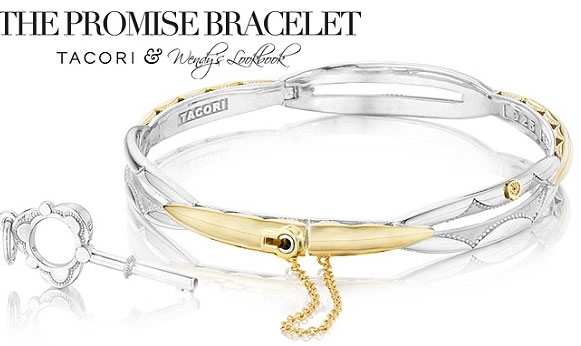 Beyonce is certainly a lucky lady.

The star was treated to an early Valentine's Day gift full of silver and gold with husband Jay-Z picking up a little some special for his pop star bride.

It has been revealed the rap mogul gave the 33-year-old a intricate bracelet to help out her heart further under lock and key. The 44-year-old rapper chose sentimental over expensive – at least for a multimillionaire – with The Drunk In Love star set to get a gold and silver bracelet by Tacori.

Retailing at $2390 – chump change for the Roc Nation CEO – the stunning piece of jewelry is just one a of a number of gifts the former Destiny's Child singer is getting treated to. Love's a beach: The pair recently holidayed in the Dominican Republic, and often treat each other to gifts and getaways

Known as The Promise, the intertwined silver bracelet with gold accents features a lock that can only be opened by a heart shaped key.

It is described by the designers as showing the promise made between two people.

On the Tracori website it says: 'Made of intertwining silver and gold, the design represents two unique individuals uniting through a promise.

While a gorgeous sentiment, sadly Jay-Z did not actually stop into the store himself to pick out the lovely gift.

According to People Beyonce's stylist Ty Hunter was dispatched to pick up the bracelet.

A source told the magazine: 'Ty got the bracelet and took it with him to give to Jay-Z.'

But the surprise is not being ruined as the rapper could not wait to give it to the mother of his child, Blue Ivy.

'Jay was waiting for Valentine’s Day to gift her along with a few other presents, but Beyonce is always too eager and you can’t hold any secret from her, so he decided to give it to her earlier.'