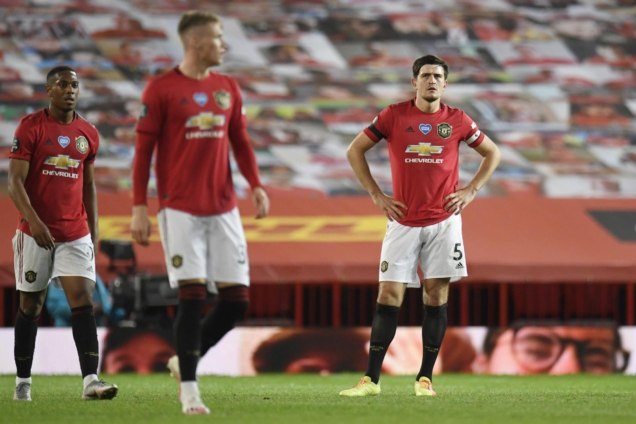 City – currently second in the Premier League – are free to play in the Champions League next season, meaning fifth in the table will not qualify for the tournament.

That has left Leicester, Chelsea and Manchester United scrapping for the two final places, while Wolves and Sheffield United will count themselves in contention.

Manchester United have been in fine form since the restart and looked set to go third on Monday night, only for a late Southampton equaliser to leave them in fifth.

That means, with just three rounds to go, just one point separates Chelsea, Leicester and United.

There are some huge league matches to come in the final fortnight of action, and while Chelsea must travel to Liverpool, there is perhaps no bigger clash than the final-day meeting between Leicester and United.

United travel to the King Power Stadium on that final Sunday, and a Champions League place could be at stake depending on how Chelsea fare in their own run-in.

Manchester United boss Ole Gunnar Solskjaer told Sky Sports: “It’s the worst time to concede a goal but that happens in football – you’ve just got to take it because we’ve won so many games that way ourselves. It’s all part of the learning for this team to be sat there, really disappointed, after you think the three points are in the bag.

“But probably we didn’t deserve three points today. They played well. They’re physical, very fit. We never got the rhythm in our passing today, especially when we got to 2-1 but we created chances, played some fantastic football at times.

“We’ve had enough recovery; it was just one of those days where we didn’t take our chances.”

DISCLAIMER: The Views, Comments, Opinions, Contributions and Statements made by Readers and Contributors on this platform do not necessarily represent the views or policy of Multimedia Group Limited.
Tags:
Chelsea
Leicester City
Manchester United
Premier League