Whatever happened to Zika? 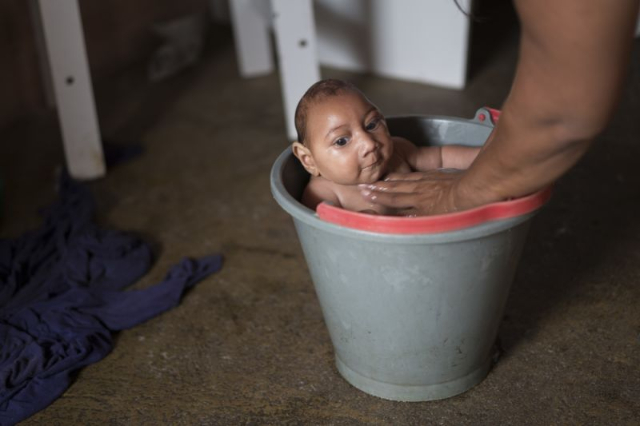 Mikaela Conley
Three years ago, the Zika virus was making nearly daily headlines — its devastating effects on babies born to mothers who were infected by the virus triggered global public emergencies and thousands of canceled trips to Latin America and the Caribbean. Even some Olympians decided against participating in the 2016 Games because of the risk of getting bitten by a mosquito and becoming infected by Zika in Rio de Janeiro.

Now the infection has all but disappeared from the media landscape and conversation.

The Zika virus was first reported in the Western Hemisphere in 2015, just as the West African Ebola virus epidemic was declining. Though it was initially believed to be the result of a well-known related pathogen, the dengue virus, or possible exposure to a toxic insecticide, it soon became clear to clinicians and researchers that it was in fact a newly emergent virus.

Zika spread rapidly from northeastern Brazil to other South American countries, through Central America and up to the Caribbean, leaving a large number of people infected. The symptoms typically were mild and nonspecific — rash, fever and joint pain. Many of those infected had no symptoms at all.

But if a woman at any stage of pregnancy became infected, her baby was at risk of severe physical and cognitive disabilities, including microcephaly, a devastating condition characterized by an abnormally small head and an underdeveloped brain.

But the epidemic was self-limiting, as immunity became widespread after the initial outbreak, and the disease has subsided. (An ambitious public-health campaign to control mosquitoes in high-risk areas had only a modest effect, experts say.) It is now considered endemic in Latin America, although new cases are still being reported, and the virus is believed to be circulating at low levels, explained Dr. David Schwartz, clinical professor of pathology at Medical College of Georgia. Schwartz will be chairing the session titled “Pregnancy and the Fetus” at the 2nd International Conference on Zika Virus and Aedes Related Infections on June 14 in Tallinn, Estonia.

Aedes aegypti is the mosquito that carries Zika, as well as yellow fever, dengue and other viral infections.

“No one knows for certain what the future holds in store for Zika virus infections — the global health community was surprised by the intensity of occurrence and rapid spread of Zika infection across national boundaries in 2015 and 2016, was surprised once again by its remission in 2017 and 2018, and we can certainly be surprised again in the future,” Schwartz told Yahoo News.

In a study published June 6 in Science Translational Medicine, a research group from Brazil developed a mouse model to investigate the many potential long-term symptoms of congenital Zika virus infection. The scientists observed several early and late symptoms associated with infection with Zika virus, including weight loss that is not recovered in adulthood, cognitive deficits and long-lasting impaired motor function. Memory and sociability of adult mice were also affected, which may be linked to observations made by other researchers that viral exposure shortly before or after birth may be associated with late development of autism and schizophrenia. The group also observed that, like infants exposed to Zika infection while in their mother’s womb, young mice had spontaneous seizures, though when animals reached adulthood the seizures subsided.

“Our findings suggest that Zika-infected babies must receive a more thorough medical attention, which might help to identify late-onset consequences and prevent or deal with them in a proper way,” said Julia Clarke, assistant professor in the School of Pharmacy at the Federal University of Rio de Janeiro and co-author of the study. “Also, we were able to diminish some of these symptoms in adolescent and adult mice, but it wasn’t a complete reversion of all symptoms.”

Mosquito-borne diseases like Zika and dengue are often referred to as “diseases of poverty.” In the countries where Zika virus became an epidemic, public health infrastructure and medical care are often inadequate, especially in impoverished areas, and poor water resource management, plumbing and sanitation exacerbate the spread of mosquitoes and, in turn, deadly viruses.

“The Florida state government recently rescinded millions of dollars in funding that had been previously granted to clinicians and researchers across Florida — money that was specifically intended to assist in learning about the consequences of Zika on our population,” said Dr. Christine L. Curry, a clinician working with the University of Miami Zika Response Team to coordinate prenatal care for women infected with the virus. “It remains challenging for the women who have limited access to health care at baseline to further access specialty care if they or their infants are affected by Zika virus.”

According to the CDC, no local mosquito-borne Zika virus transmissions have been reported in the continental United States in 2018, though the Florida Department of Health says the state has had 41 cases so far this year, all contracted outside the country. Those numbers could rise as mosquito season begins, but the virus appears to be at bay, officials say. And in Miami, the U.S. city hardest hit by Zika, local health care providers and officials will provide updates, prevention education, case management and counseling to women and families affected by Zika, according to Dr. Natalia Cap, program manager at Healthy Start Coalition of Miami-Dade.

Meanwhile, a new vaccine is under development, and a rapid, paper-based test that can diagnose the virus within 20 minutes has been created. Extensive research has been conducted around the globe to prevent and combat transmission, lower risk and better understand the prognosis for Zika-infected babies.

“While the overall risk of catching Zika from a mosquito bite or sex is limited at this time, as with any infectious disease we need to be educated and always paying attention so that if Zika comes to our community again, we don’t make the same mistakes a second time,” said Curry.