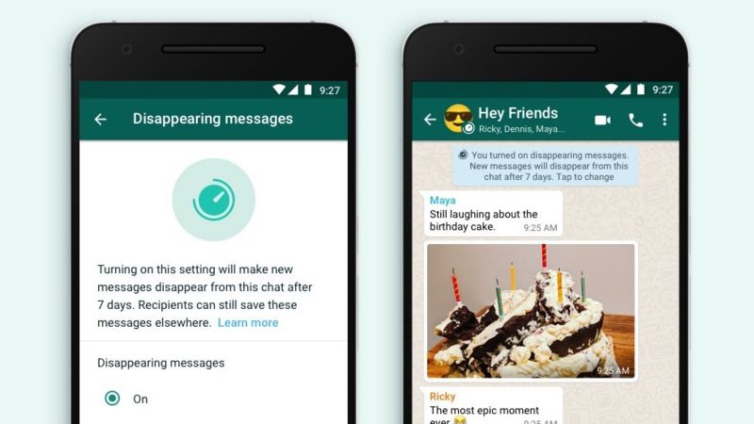 WhatsApp is introducing a “disappearing messages” option that will erase chats from the phone of both the sender and recipient after seven days.

But it said recipients would still be able to screenshot or forward any messages, photos or videos that they wanted to keep.

The option will appear for WhatsApp users by the end of November.

In a blog, the company said messages could be set to expire after seven days to offer “peace of mind that conversations aren’t permanent, while remaining practical so you don’t forget what you were chatting about”.

Rival messaging app Snapchat, which has provided inspiration for a number of Facebook’s features, was built on the principle of disappearing messages.

“Remarkable that this was so long in coming to WhatsApp, given that it launched Status (also a disappearing feature) back in 2017, that ephemeral is huge, and that this is Facebook we are talking about,” said Ingrid Lunden, a journalist for Tech Crunch, on Twitter.