Where a six-figure salary is ‘low income’ 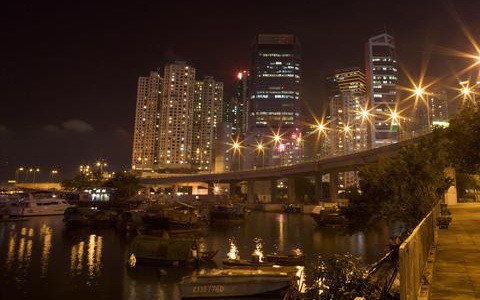 That workers with six-figure salaries could be considered "poor" is something that might surprise many people.

Yet a recent report from the US Department of Housing and Urban Development suggests that is the reality in three areas – San Francisco and nearby San Mateo and Marin Counties – where families like these may be eligible for housing assistance.

A look at how earnings vary across the US and between different jobs illustrates what is going in the city and the country as a whole – factors explored by a new study and interactive website by The Hamilton Project at the Brookings Institution.

Below the poverty line 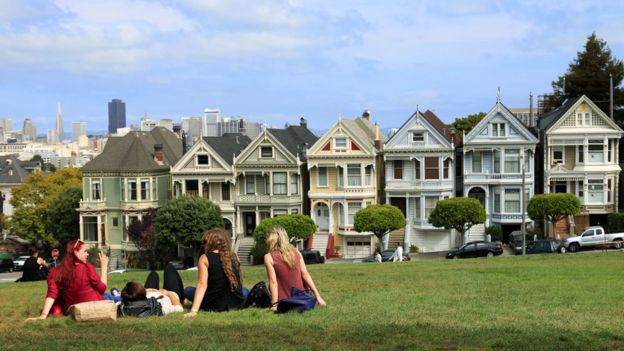 Looking at all jobs, earnings are much higher in some large cities than they are in the rest of the country. 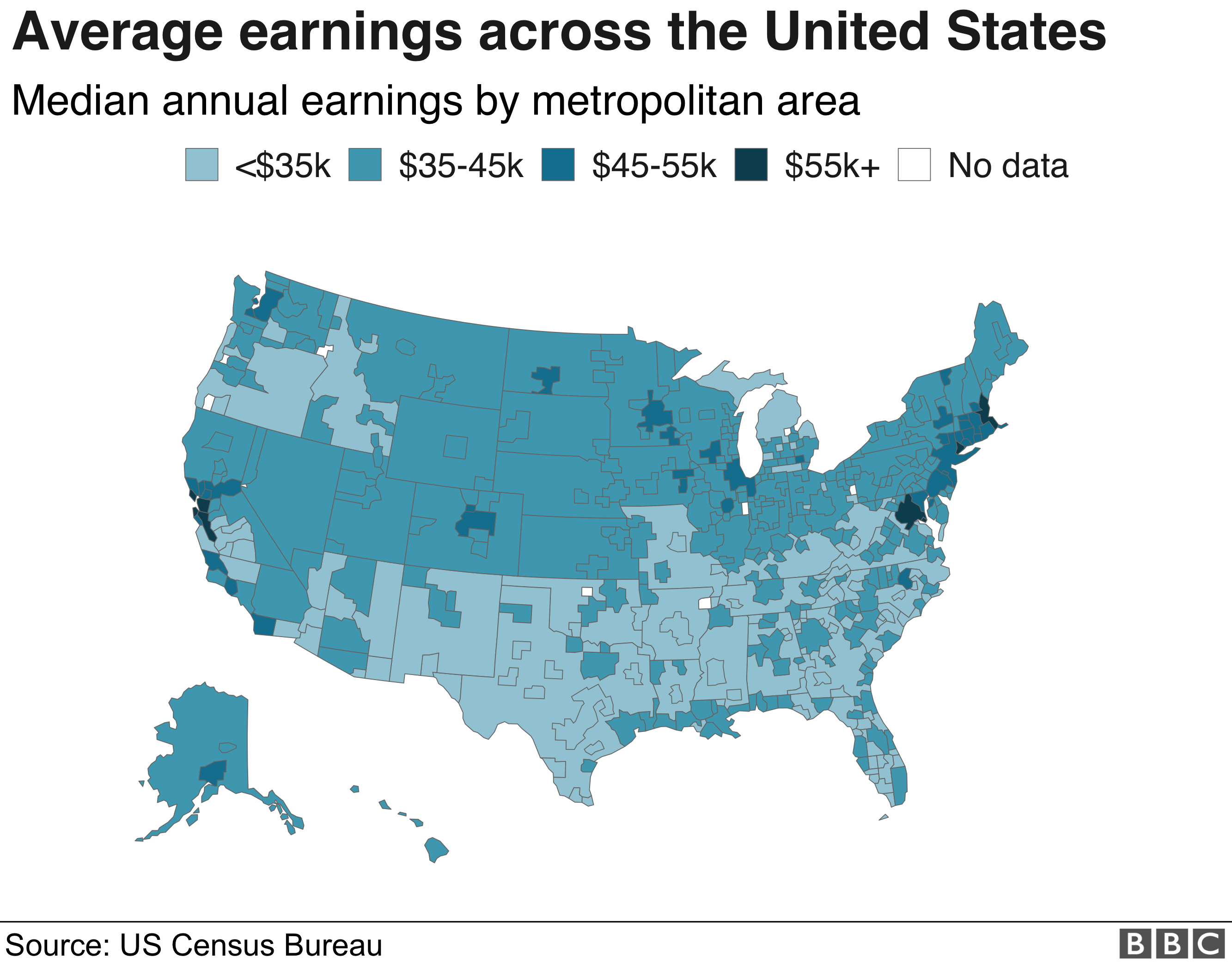 San Francisco in particular stands out.

The city has become a hub for IT and other high-tech industry – leading to an economic boom which has seen it become home to many of the country's highest-paid workers.

Of course, there are other areas of the US with high wages. 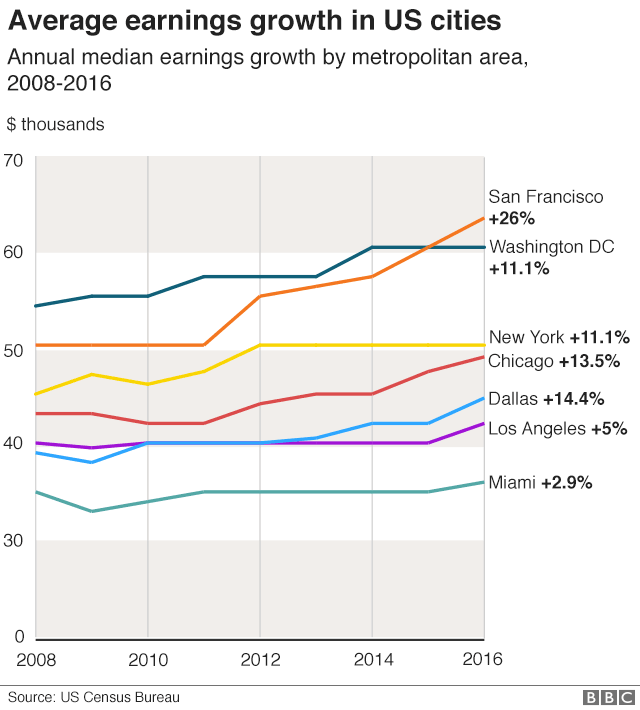 In high-earning places like these there are many jobs that pay well.

But there are plenty of people earning much less. 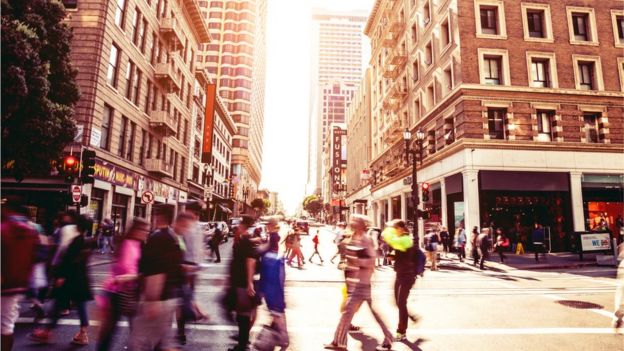 Wages in other big US cities are noticeably lower.

However, the wide variation in earnings is only part of the equation.

Living costs, particularly for housing, play a significant role in determining how far workers can stretch their earnings.

In fact, living costs in general for the San Francisco area are 25% higher than the national average.

However, as earnings are 45% higher than for the nation as a whole, many people in San Francisco are still coming out ahead.

It is when we look at housing costs specifically that the comparison is less favourable.

In many large cities, the problems of high rents and home prices have been exacerbated by strict building rules and growing income inequality.

It is high rents in San Francisco that are behind the decision to label some six-figure earning families as "low income". 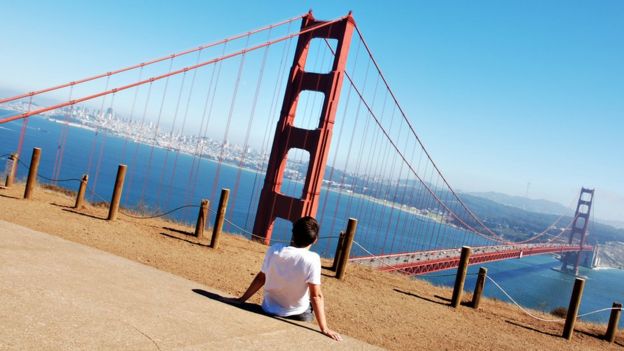 As such, affordability is a significant challenge for many people in San Francisco.

Across the US, the government typically defines a low-income family as one that earns less than 80% of the median income for families of the same size, in the same area.

But in places with unusually high housing costs the threshold can be higher.

While falling below this mark does not automatically entitle families to government housing assistance such as subsidies and public housing, it is a factor that is considered.

But it is of course worth considering that, for many people, high prices are something that they are willing to put up with for a good quality of life.

San Francisco is certainly an expensive place to live, but good weather and a rich cultural life attract many residents.

Across the US, it is often the case that the places rated most highly for quality of life – like San Francisco and Santa Barbara in California and Honolulu in Hawaii – tend to have a high cost of living.

While families with six-figure earnings may not be "low-income" in the broadest sense, the challenge remains for expensive cities across the US to find ways to offer a good quality of life to all of their residents.

A critical look at how to make more affordable housing available might be an obvious place to start.

This analysis piece was commissioned by the BBC from experts working for an outside organisation.

Prof Jay Shambaugh is the director of The Hamilton Project and a senior fellow in Economic Studies at the Brookings Institution.

Ryan Nunn is the policy director of The Hamilton Project and a fellow in Economic Studies at the Brookings Institution.