Where are the roads in NDC’s Green Book? – Ofori-Atta taunts 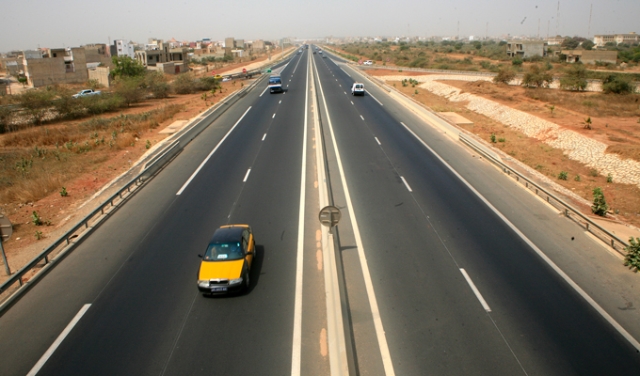 Finance Minister, Ken Ofori-Atta, has said the unprecedented complaints about the poor state of roads across the country can be blamed on the previous administration.

Presenting the 2020 Budget Statement and Economic Policy, he said today the cry everywhere in Ghana is about the poor state of our roads, adding, “it is an unprecedented cry and it makes you wonder where all the roads in the NDC’s [National Democratic Congress] Green Book are.”

The Green Book that the Finance Minister referred to was a document published by the then incumbent NDC government that sought to tout the achievements of the administration in the lead up to the 2016 elections.  Completed road projects in different parts of the country featured prominently in that document.

Presenting government’s plan for roads in the 2020 budget statement and economic policy in Parliament on Wednesday, Ken Ofori-Atta promised that the current administration was going to focus more on fixing our roads across the country in 2020 and beyond.

“To get the road sector moving and contractors back to work, government will pay 80% of all contractors,” he said.

He said the Nana Akufo-Addo government had identified critical roads across each of the 16 regions and construction would begin on all these critical roads soon.

“Cocobod has also secured funds to continue with ongoing and new cocoa roads. Work on these roads will also commence soon. As part of our new initiative to complement the traditional execution of road projects, we have launched the Accelerated Community Road Improvement Initiative. Just this month, the Ministry of Finance released funds to the 48 Engineers Regiment of the Ghana Armed Forces, who are busy working on some roads in communities in Greater Accra,” he said.

He said the first phase of the Sinohydro arrangement is finally taking off, adding the government has mobilised financing for over 150 roads nation-wide.

“Ghanaians want action on our roads, not words or plans or Green Book claims about what has been done. We intend to swing into action and let our work do the talking for us…with this large number of roads to be constructed, the year 2020 can aptly be described as “The Year of Roads” along with a focus on all our flagship programmes,” he said.