Why current macroeconomic indicators will hold little swing in 2016 elections 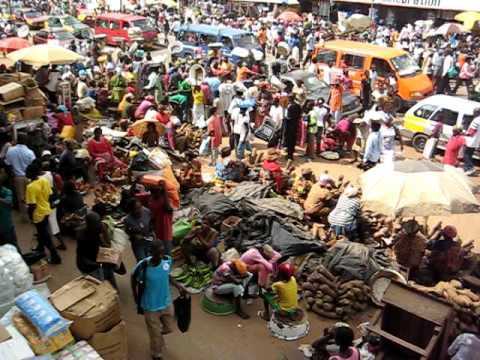 Despite the growing international and regional interest in the events heralding Ghana’s upcoming general elections, it is obviously not the first time and would certainly not be the last time the country would subject itself to the real test of political maturity.

However, unlike other elections the country has witnessed following its embrace of democratic political governance in January 1993, this 2016 general election comes at a time when Ghana is undergoing significant economic, cultural, technological, and political reorientation. For example, the delay by the two major political factions – the incumbent National Democratic Congress (NDC) and main the opposition – the New Patriotic Party (NPP) in outdooring their political manifesto has dominated discussions and debates in the print and electronic media for some time now.

While the initial call for these manifestoes came from notable political figures and some think tanks, it took less time for a greater segment of Ghana’s rising elite population to make similar calls for political manifestoes to be launched prior to or during campaign launching of the political parties. Arguably, this development presents a picture of a breed of Ghanaians with inquisitorial mindsets wishing to go beyond vaunt campaign lambasts and after-thought social interventions. But as to whether this segment of Ghanaians demanding such development blueprints, are well placed to engage with the policy prescriptions, projects and programs articulated by political parties in their manifestoes to change our voting pattern and outcomes still remains to be investigated.

Equally noticeable in the build up to the 2016 general election is the new culture of policy scrutiny championed by independent policy analysts and research think tanks such as the African Centre for Energy Policy (ACEP), Imani Ghana, Viam Africa and a host of others, to among other things, help Ghanaians unpack the cryptic, convoluted and lofty promises propagated by all sides of the political divides during their campaign activities.  The ‘Citizens’ Energy Manifesto’, ‘Imanifesto and ‘ManifestoWatch’ are just a handful of the ongoing platforms and tools to assist voters engage with policy imperatives of all political clamoring for power.

Further, the 2016 general election also comes at a time when Ghana has made quite significant strides in media penetration and easy access to information. Hence, there exists very minimal, if not completely negligible difference, in terms of information access between the major cities like Accra, Kumasi and Tema, which many pundits have described as the powerhouses in all general elections in Ghana and the smaller towns and other hinterlands apparently severed from burgeoning developments in our politics. In light of this twist, unrealistic promises, exaggerated achievements, overblown statistics and moribund interventions can be easily investigated and interrogated irrespective of the spatial divide to inform voting decisions.

Despite the above discussed developments playing a role in a priori getting Ghanaians ready for the upcoming election, chiefly, bringing Ghanaians to the milieu where we can either individually or collectively self-examine what has informed our past voting culture and what changes can be expected this time round; be it the inescapable socio-economic issues of the time or the age-old dogma of tribal and sentimental voting, there seem to be a spirited attempt to get Ghanaians to suddenly assume the role of expert consumers of macroeconomic statistics of a strong economy.

Clearly, evidencing this emerging trend, is perhaps the seeming economic duel between Dr. Bawumia, the aspiring Vice President of the NPP and Dr. Paa Kwesi Amissah Arthur, the current Vice President of Ghana over the real meaning and impact of macroeconomic indicators such as growth rate, debt to GDP ratio, interest rate volatility, currency depreciation, and unemployment rate in development discourse.

Quite obviously, the history of Dr. Bawumia’s series of public lectures have sought to chiefly reveal the “economic incompetence” of the NDC government,  which according to him and his party’s estimation, has only brought Ghana to its begging knees before foreign donors and international agencies. The incumbent contrarily to the opposition, has however vowed to use every political platform to expose the conceptual and analytic handicap of the NPP by challenging the credibility and reliability of the statistics presented during his serial public lectures.

This therefore beckons the question – would a catalogue of worsening economic indicators on Ghana’s economic standing have any significant impact on the imminent 2016 election?

I would admit with less doubt that it would be nearly impossible to achieve unanimous consensus on the overall impacts these macroeconomic statistics would have on the election, there are however, some compelling reasons why a list of macroeconomic indices would not hold great sway over voting outcomes contrary to expectations by the opposition party, and I itemize and discuss just three of them below;

Macroeconomic statistics say nothing about some important social issues

Since the Great Recession in the US, most economists and central governments have awakened to the reality that using only macroeconomic indices, namely; strong GDP growth rate, stable currency and growing interest rates to measure economic soundness of an economy and quality of social welfare leave much to be desired. In as much as the figures for example, show how confident investors are on governments’ fiscal discipline partly reflected in the risk free rate they are prepared to accept, or how many business startups have grown and is facilitating mobilization of corporate taxes.  Shockingly, these macroeconomic indices are woefully capacitated to paint the broader and far crosscutting issues other than some figures.

This conceptual chasm has spurred calls from both international think tanks and research agencies for more personal and visible indices to measuring true economic development and social progress. So expectedly, some of the electorates are have been armed with this counter firearm. For example, a higher GDP growth, or downward spiral of interest rate say nothing about equally important  issues including; equality of opportunities, environmental protection, access to quality and affordable education and selective justice. So I am a little pessimistic this unperturbed launching of macroeconomic rhetoric would emerge as the trump card to inch the opposition party to the change campaign it is riding on.

Consumers of macroeconomic statistics are clearly in the minority

While it is instructive to note that macroeconomic indicators cannot be entirely dismissed in any development discourse, its computation, comprehension and application is limited to a select few of people. Financial analysts, brokers, economists, bankers exude so much confidence when issues bothering on macroeconomics are up for discussion. But clearly, majority of the public would just satisfied with knowing how much local currencies they would have to have on hand in order to get some foreign currency for their oversea trade deals.

Additionally, although almost all social intervention programmes or projects, be it – livelong learning, adult literacy or affordable justice may have strong links with macroeconomic benchmarks, such as revenue growth. Nonetheless, the vast majority of the citizenry in Ghana who would likely be queuing from dusk to sunset on December 7 to cast their vote, would not probably be able to extensively review and interrogate the fundamentals of these macroeconomic statistics and how they become evidently manifest in their routine lives, contrary to popular expectations by proponents.

Reliability and robustness of macroeconomic data sources, calculations and interpretations

It is less disputable that the sources, calculations and interpretations of data on certain macroeconomic variables open them up for varied interpretations and applications. Economists worldwide differ markedly in their approaches adopted in estimating some of these macroeconomic indicators such as unemployment, aggregate demand, and national income. While the choice of a particular approach does not necessarily present superiority advantage over others, different countries have adopted quite unique estimation and reporting of macroeconomic datasets which best reflect the fundamentals of their economies.

For instance, while Ghana and other African countries subscribe to the production approach to estimating economic growth, namely Gross Domestic Product (GDP), some developed economies including the UK rather opt for the Gross National Income (GNI), owing to their endowment of credible and rich datasets in their repositories. In Ghana however, our public administration history has been mired by vested political interests and less scientific data capturing and reporting approaches.

In wrapping up, evidence abounds elsewhere, showing a strong statistically significant relationship between the economic soundness of an economy measured by some selected macroeconomic variables on one hand and voting outcomes on the other hand, but what is often witnessed in these jurisdictions where some of the studies have conducted is a highly educated and informed populace who have risen above sentimental and tribal voting, exaggerated economic achievements and short term economic planning. In the case of Ghana, the path may not be a clear cut one and hence any hope built by the opposition party around projecting the woeful economic performance of the incumbent government  as an Avant-garde to erk out some votes.

Perhaps more attention should be focused by the opposition on speaking more of the people’s language. What this could possibly mean is for the opposition to start going about asking the populace to rise above sentimentalism and sympathy votes to asking the hard questions such as whether a school complex built in the middle of God-knows-where amounts to improving access to quality education and by perhaps by extension increased literacy rate? Or whether purchasing new head pans for young brilliant ladies turned into head potters and street hawkers or better still asking whether an intention to give away tablets to secondary school students, even forbidden from using mobile phones is a prudent one.

By this article, I am not by any means playing the devil’s advocate with respect to the incumbent government’s social intervention programmes, but only serving to fan the conflagrate of fire lighted by well-meaning Ghanaians.

The author is Real Estate Consultant, Columnists, Blogger and Lecturer.