Why has the Arthur Ashe Stadium become Djokovic’s biggest nightmare? 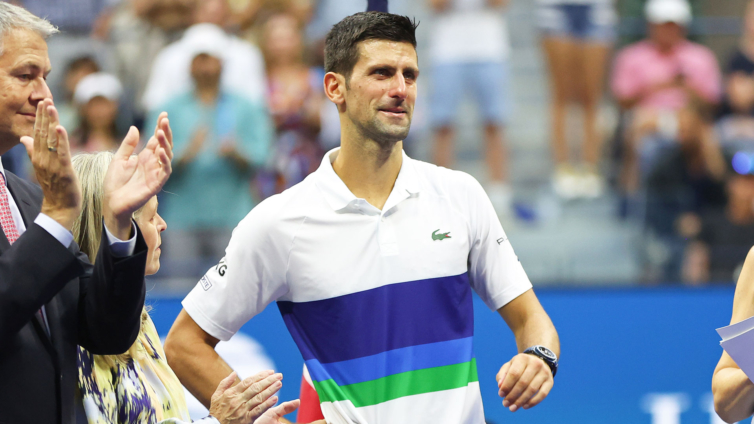 Probably the most complete player of all time, Novak Djokovic seems not to figure it out anytime he visits the Arthur Ashe Stadium at the USTA Billie Jean King Tennis Center in Queens, New York, the latest of his failings being a straight sets 4-6 4-6 4-6 defeat to Russian Daniil Medvedev.

What makes this defeat so difficult to take is the fact that Novak was bidding to be the first player since Steffi Graf in 1988 and the first man in 52 years (since Rod Laver in 1969) to win all four grand slams in the same year and victory against Medvedev would have taken him to 21 grand slams – one more than his eternal rivals, Federer and Nadal.

He needed no extra motivation to make history but his mentor, Rod Laver was in the stands at Arthur Ashe Stadium to cheer him to victory.

With an uncharacteristically friendly New York crowd giving him the kingly cheer and respect that he has always sought for, all was set for Novak to etch his name in the history books but Medvedev had different ideas.

With the straight sets defeat at the Rod Laver Arena in Melbourne back in February still fresh in Medvedev’s mind, he surely had revenge on his mind going into the 3rd grand slam final of his career.

Djokovic was a ‘far cry’ of the man who dismantled Medvedev in the Australian Open final or the man who is in possession of 3 grand slams this year and on a 27-0 win loss streak in grand slams in 2021.

He was broken in the very first game into the championship match after squandering 2 game points on serve and from there his opponent gave him no breathing space.

Frustration started to creep into Djokovic’s game as he wasted 3 break points in the 4th game into the 2nd set and he smashed a racket in response.

His slow starts to matches at the US Open was always going to haunt him, and Medvedev made sure he paid dearly for his sluggishness.

After he was broken again in the 2nd set, a shot at history looked bleak for Djokovic because the player at the other end of the court wasn’t backing down.

For Djokovic, “the city that never sleeps” (New York) will always cause him sleepless nights because it’s been the place where he’s suffered the most.

He’s had tremendous success in Melbourne(a place he calls home) and London. He’s won 15 of his 20 grand slams in these 2 cities – 9 in Melbourne and 6 in London.

In New York, he is a pale shadow of the champion he is with just 3 titles from his 9 final appearances at the Arthur Ashe Stadium.

Coupled with these losses is the infamous incident of Djokovic accidentally firing a ball that struck a line umpire, Laura Clark, in the neck and led to her falling to the ground. An action which got him defaulted in his quarterfinal match against Pablo Carreno Busta in last year’s US Open.