Why Jonathan fired me as Central Bank Governor 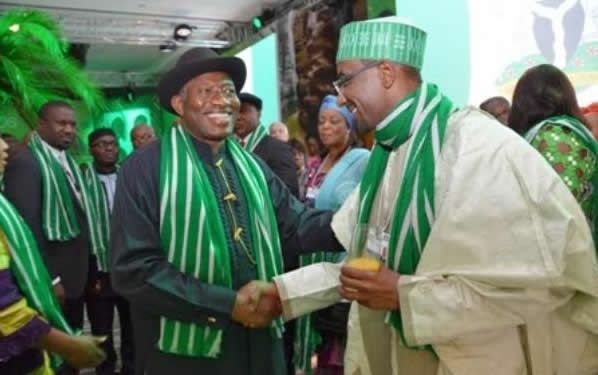 Mallam Sanusi Lamido Sanusi has disclosed reason why he was removed from office last week Thursday by President Goodluck Jonathan.

Speaking in an interview, the respected banker also revealed efforts he made to sanitize the banking sector and his achievements.

Read Sanusi's story below in his own words.

My story, by Sanusi Lamido Sanusi

As at the time I came into office, several things had collapsed. From banks to stock exchange, they had crashed. Inflation was at 15.6percent three months before I became Central Bank Governor; there was already instability in every sector of the economy. When I look back, I thank God for the people who supported us and criticized us as well because criticism has made us stronger. Also, when I look back, I can point to several things that have changed after our arrival and till date.

For the first time in a long while, we have been able to keep inflation at about 7percent since January 2013 and it is still like that up till this moment. As far as instability and exchange rate is concerned, we have worked tirelessly to ensure things work out well for the economy.

We also introduced cash reduction in the system. Although most people didn’t like it because they felt it will add more problem to the exchange rate because people want to buy dollars but against all odds, the cashless policy has worked and it’s still working today.

On the face-off between CBN and NNPC

I must say that we are not EFCC. What I have been talking about is the areas that affect my job which have been a dwindling in the money that comes into the Federation Account. Let me make it clear, the disputed $20billion may be gone. And what some people want is the continuity of this; that stealing of public funds should continue.

I must say that there was no time when the CBN received any letter from the Financial Reporting Council of Nigeria. At no point were we given any letter to respond to over any financial allegations. Also, nothing in the letter declared that I did anything wrong. I can tell you that CBN does not operate the way it’s been presented because all facts and statements of account are there for everybody to see. They said we spent N1.2billion on the police – even if that is true, is that corruption? Did I set up my security outfit and pay myself? I want to repeat that I have had my last day in office. I have achieved everything I set out to achieve. Looking at the suspension letter, I was not given the benefit of doubt to respond or explain myself.

However, I have a court order now enforcing my fundamental human right because once they seize your passport, you don’t know the next step they will take. I took an exparte motion to court to ensure I am not harassed.

On the allegation that he is partisan

When I was in King’s College, I was in Form 2 when Bukola Saraki came into Form 1. He has been my friend since we were 11years old. Also, El-Rufai has been my friend. I never knew I will be CBN Governor because I had wanted to study law, also Bukola Saraki never knew he would become a politician because he read medicine. These people remain my friends and, with all sincerity, every one of us has friends across political divides. These are things some Nigerians categorize and accuse me of being a politician. Also, I had known Governor Fashola and Bola Tinubu since I was in First Bank. I am a Lagos boy as well and my children were all given birth to and groomed in Lagos. When Nasir El- Rufai heard what happened, he decided to come to the Lagos airport so that if I am going to be arrested, it will be in the company of some of my friends. He never came to the airport as an APC member but as a friend. I am not a politician.

What next on NNPC

It is not my responsibility anymore but I can comment as a Nigerian. I can talk if I feel like. I believe nobody will challenge me that I did not speak out when I was supposed to as CBN Governor. If the next CBN Governor wants to pursue the missing funds matter or the National Assembly wants to go ahead, they are free of do so. Can you imagine a sitting Minister on national television saying they spent money without appropriation. In any other country, such minister has sacked herself. To me, that is not financial recklessness.

Let me simply ask, if the Nigerian Constitution says don’t spend money without appropriation or says don’t pay subsidy and the Minister went ahead to pay, is it not a problem? Technical problem is what we deal with at CBN, we deal with CRR and other issues.

In this kind of situation of investigation going on, you are supposed to either keep quiet as a wise man or walk away. But as you can see, I am not a wise man.

It is called principle of donation. During the Ikeja bomb blast explosion, the CBN Governor then, Joseph Sanusi, gave N10million. So I was not the first person to do that. This is contained under Corporate Social Responsibility. The blast in Kano did not affect Kano citizens alone, SSS offices, police stations were attacked and these are federal offices which have several people from the South working there. I can tell you that 80percent of the victims of that bomb attack are not Kano citizens, there were several Christians from the South involved and I gave N100million to their families. What is bad in that? Why are people not complaining about the N500million I compelled the Bankers Committee to give to flood victims in Benue State and other places? What is wrong in it? With CSR, you cannot do everything in all the 36states of the federation; you will do the little you can.

This is one area that we have been able to cut down on spending. In 2012, CBN spent N38billion on mint printing down from the N49billion spent in 2011. In 2013, we spent N35billion and, in my 2014 budget, my plan was to spend N30billion. So we have been bringing down the cost of printing.

Under the Fiscal Responsibility Act of the CBN, we contribute 80 percent into the Federation Account. In 2008 before I became Governor, CBN contributed N8billion into the Federation Account. In my last year, CBN gave N159billion. In 2012, we gave N80billion, in 2011, we gave N60billion. In the first four years of my term as CBN Governor, we gave government about N279billion. The National Assembly called to commend me.

We have been able to give N600billion from surplus alone and the money is made from prudent finance, cutting down currency expenses, every over headline has gone down. So I can say, with all sense of humility, that the last thing anybody can accuse me of his financial recklessness.