Why we must pay the TV license 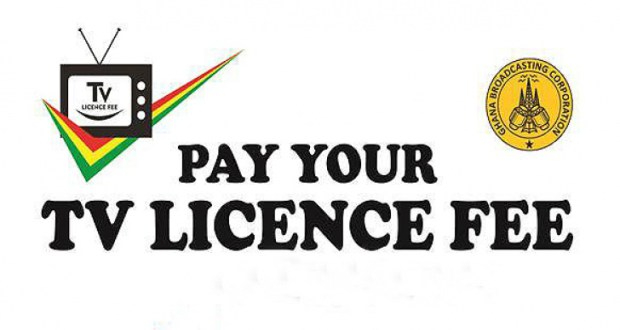 Fellow Ghanaians, no offence to the opposers of the proposed payment of TV license fees but we have to pay it for the good of our country. I present a few reasons I hope will be convincing to us as to why we need to support the state broadcaster even if we disagree.

I share in the frustration of many Ghanaians who are ardently opposed to the idea of paying monies to a channel we consider “boring”, “not providing good content” etc.

However, for these same reasons or criticisms, albeit right, we need to fund the national media outfit to be as relevant as we might expect within the mediaspace. In my observation of the unsparing arguments in opposition to the fees, I realized two fundamental flaws: first the inconsistency/insincerity of some proponents of the idea and then there is unfortunately the nearsightedness of some opposing views.

As I recall from 2016, the payment of the TV license was argued as premised on the possession of a TV set regardless of the channel(s) one watches. Most people rebuffed the argument when it became apparent that the state broadcaster, entrusted with collecting the monies, will receive a lion’s share of the funds.

Since then, the debate has revolved around whether one has to pay for owning a TV or for accessing media content. Without dwelling on the merits and demerits of this, I propose as a response to the shortsightedness that has foregrounded the opposition to the fees.

Granted GBC’s content is irrelevant to most of us who are spoilt for choice when it comes to TV channels, how about those whose sole access to the media is through the public provider? Some might say “well, we don’t care. Those who watch such channels should be the ones paying for it”.

However, this is where we get it wrong as a people. Developing our nation and its institutions is a collective responsibility which behooves on every Tom, Dick and Harry. Imagine people from mineral or cocoa producing areas insisting on channeling income from these resources only into the development of their regions. Undoubtedly, this will not augur well for the growth of our nation. As such, we must always bear the entire picture in mind rather than foreclosing our thoughts to our immediate surroundings.

In spite of the many reasons we find to justify GBC’s undeservingness of the fees, they form the very rationale for which we need to pay up to revitalize a national asset. We must refuse to see only the present but more importantly the transformational capacity our contributions have to turn the institution’s fortunes around.

We are not paying because GBC deserves it; we are paying to make it worth every pesewa tomorrow when we begin to see the desired change. Enabling the cash-strapped state organization to compete favorably in the industry adds to the quality of choices we presently boast of. To attract and keep the best hands at the job, lucrative remuneration and institutional image always a top priority.

Consequently, GBC has over the years lost some of their best personnel to private media who have the financial wherewithal to meet the demands of the market: talk of Dzifa Bampoh, Henry Asante-Twum, and Fred Acheampong just to mention a few.

In light of this, let us invest into the future to make the public broadcaster competitive in terms of human resources, content and viewership and we will be proud of regenerating an essential state resource for years to come. Ghana needs us and yes we can!