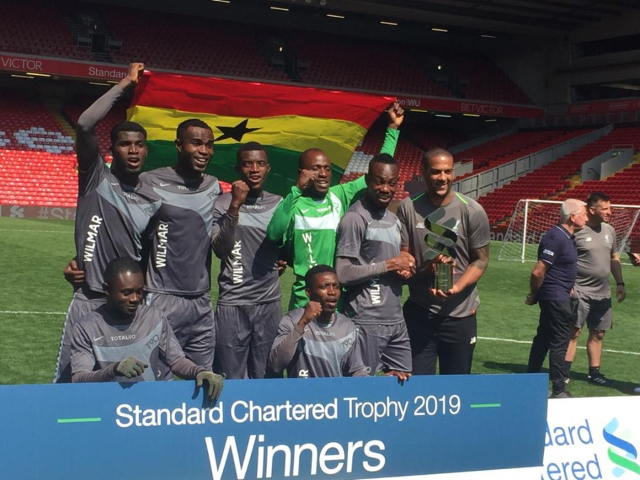 Wilmar progressed to the final, after seeing off the defending champions -team Uk in a tensed semifinal game. Team Ghana who were coached by ex-Liverpool defender Phil Babs then kept their nerves to seal 1-0 victory after massive defensive organisation by the Hongkong team who threatened to take the final to a penalty shootout.

The Standard Chartered Trophy is an international five-a-side football tournament for clients and stakeholders of the bank across markets in Asia, Africa, Europe and the Middle East.

A total of six international teams took part in this year’s competition at Anfield and this is the first time a team representing Ghana has annexed the competition.

Ghana has been participating in this tournament since 2015 and has had the opportunity to take staff, clients and media personalities to Anfield to watch Liverpool FC home games and interact with some legends of the club.