Woman tears out the part of the bible asking wives to submit, uses it to smoke weed

A woman tore out the part of the Bible asking women to submit to their husbands and used it to smoke marijuana.

Before she carried out the act, she shared a photo of the dried marijuana placed in the middle of an open bible.

Ephesians 5:22 of the Bible states: “wives, submit yourselves to your own husbands as you do to the Lord.”

Some feminists have criticised that part of scripture an affront to women’s rights.

Sharing the photos on her Twitter handle she wrote, “Forgive me, Lord.” 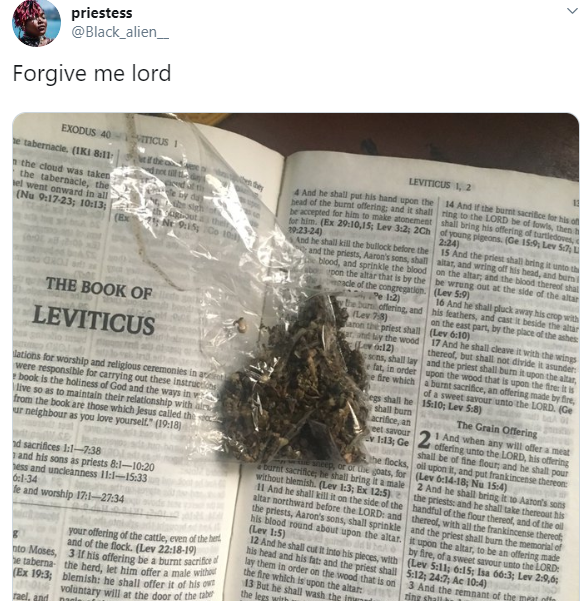 She went on to share other photos where she had torn out a page, put the weed inside, and rolled it to smoke the dried marijuana weeds.

“Trust me to be petty and tear out the part that says “wifes submit….. blah blah blah.” 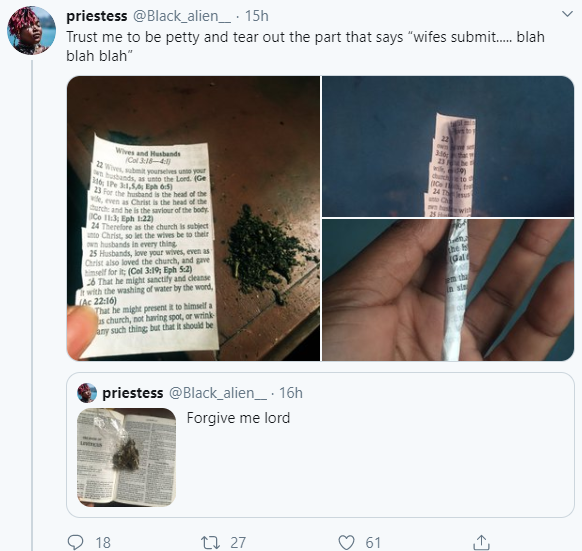