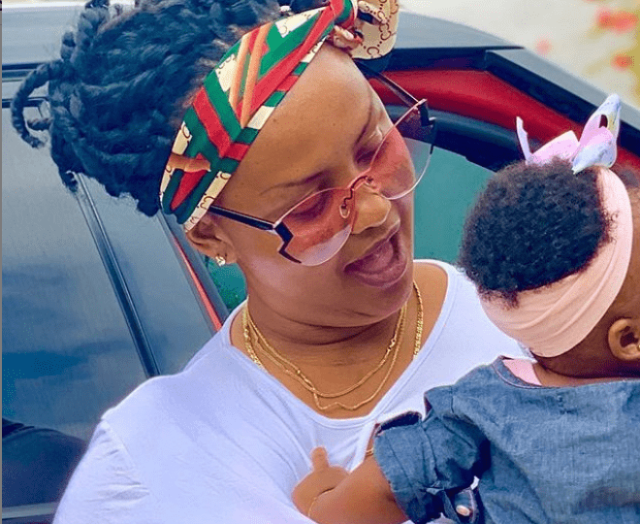 Actress Nana Ama McBrown has recalled difficult moments prior to the birth of her first child at 41 in a latest interview.

Talking extensively for the first time about her pregnancy, she said she went through hell on earth as rumours swelled about her inability to take seed.

In an interview on Stacy Amoateng’s Restoration TV show, Nana Ama McBrown said she was ready to adopt a newly-born baby at one point because she was tired and depressed.

She said she decoded conversations differently anytime she heard her peers talk about children.

She told Stacy Amoateng how people accused her of selling her womb spiritually to attain limelight in the entertainment space. Despite all these, the actress said she did not lose hope.

Nana Ama, who is also a successful entrepreneur, among others, said when news started spreading about her pregnancy, people thought it was a hoax.

“When I got pregnant, people didn’t believe it,” she said, adding “If you get to a stage where you are not getting pregnant, you get worried even if your husband calms you down,” she said.

“It’s not easy in my case where my husband already had two children,” she added.

Looking determined to give birth at all costs, she said she went through a therapy where she bought a dog to keep her company than to converse with friends.

“I had a strong feeling that even if I were at 60, I’d have a baby. I want to confess… I told myself at age 45 even If I don’t give birth, I would let my husband adopt a baby for me. I was willing to go through any process.

“I treated my dog like a child and I knew people were dissing me for that. I told it everything when others were saying I have sold my womb for fame. I really heard a lot,” she noted.

Being a mother, according to her, has ushered her into a different state where she barely cares about anything that troubles her.

“When I pick my baby, I forget all my troubles,” she said, adding that, “I drive more slowly now because I have a baby.”

For women wanting to tow her line, she had this advice:

“You should be prayerful if you want a child. If you have a doctor too, take good medications. Don’t visit too many doctors since you only have one womb,” she noted.

DISCLAIMER: The Views, Comments, Opinions, Contributions and Statements made by Readers and Contributors on this platform do not necessarily represent the views or policy of Multimedia Group Limited.
Tags:
Nana Ama McBrown
Womb for Fame