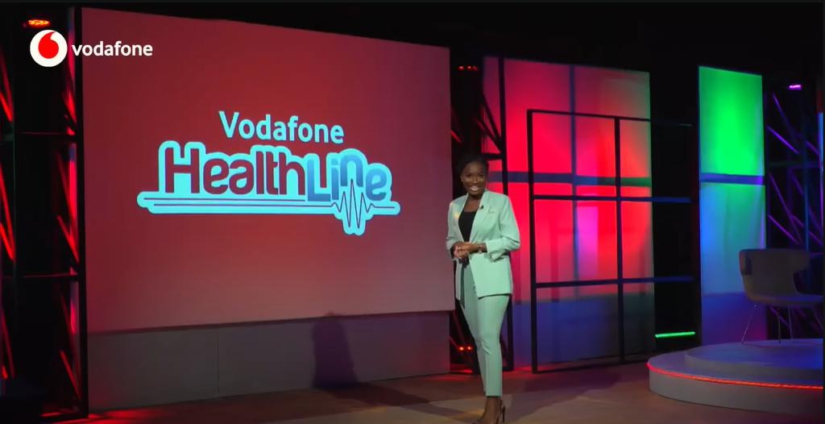 Observed on September 29 each year, World Heart Day increases public awareness of cardiovascular diseases, their prevention, and their global impact.

Over the years, Vodafone Ghana has used many platforms to advocate for cardiac wellness through healthy lifestyles.

Through its innovative healthcare show, Vodafone Healthline, Vodafone Ghana has inspired insightful dialogues about cardiovascular disease, its prevention, and management.

During a notable episode of the Vodafone Healthline show, cardiologist and Senior Physician Specialist, Dr Aba Folson explained that not all heart attacks come with classic signs such as severe chest pain.

She educated the public on how to detect a silent heart attack and steps to take in case one experiences typical or atypical heart attack symptoms.

Doctor Innocent Adzamli, who also spoke during one of the show’s episodes, educated the public on rheumatic heart disease.

He explained how the disease, usually caused by rheumatic fever, can consequently damage valves in the heart.

During the episode, the doctor also educated viewers about the symptoms of the diseases: rheumatic fever, sore throats at the initial stages, pain in the chest or joints, fatigue, shortness of breath, and others.

The show’s impact has been widespread, even resulting in an instance where a Vodafone Healthline enthusiast in a bus saved a fellow passenger suffering from what appeared to be a cardiac arrest.

Beyond the educational campaign on heart health, Vodafone Ghana has also sponsored a series of surgeries and medical interventions over the years for financially challenged patients battling various heart conditions.

Eunice Quansah, a 30-year-old seamstress, benefitted from a lifesaving surgery to correct a heart defect that caused excruciating pain, leaving her unable to fend for herself.

Recounting her experience, Eunice said, “A friend directed me to seek help from Vodafone. After they heard my story, they paid the full cost of my surgery. With Vodafone’s help, I can function fully today. It is a great joy to my family.”

DISCLAIMER: The Views, Comments, Opinions, Contributions and Statements made by Readers and Contributors on this platform do not necessarily represent the views or policy of Multimedia Group Limited.
Tags:
Vodafone Ghana
Vodafone Healthline
World Heart Day