People 'unaccounted for' after volcano erupts in New Zealand

Despite being an active volcano, White Island is a tourist destination

A volcano has erupted in New Zealand with 100 people in the vicinity - leaving some unaccounted for, Prime Minister Jacinda Ardern has said.

Tourists were seen walking inside the rim of the White Island crater just moments before the eruption.

The local mayor told New Zealand media she feared there had been injuries.

White Island, or Whakaari, is off the coast of North Island - and is one the country's most active volcanoes.

Despite that, the island is a tourist destination with frequent day tours and scenic flights available.

A live feed from the volcano showed a group of visitors inside the crater before images went dark after the eruption. 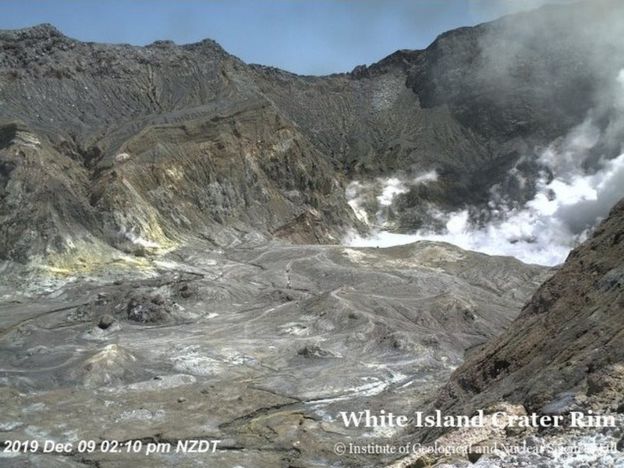 "This is an evolving situation but at this stage we believe around 100 people were on or around the island at the time and some of those at this stage are unaccounted for," Ms Ardern said.

"A number of people are reportedly injured and are being transported to shore."

The eruption began around 2:30pm local time (01:30 GMT), throwing a thick plume of white ash and smoke into the air.

The country's National Emergency Management Agency said a "volcanic eruption is occurring at White Island and is hazardous in the immediate vicinity of the volcano".

Geological hazard monitoring website GeoNet said monitoring equipment on the volcano suggested there were "no signs of escalation".

Police are warning people living near the area to "be aware of the potential for ashfall" and to stay indoors. 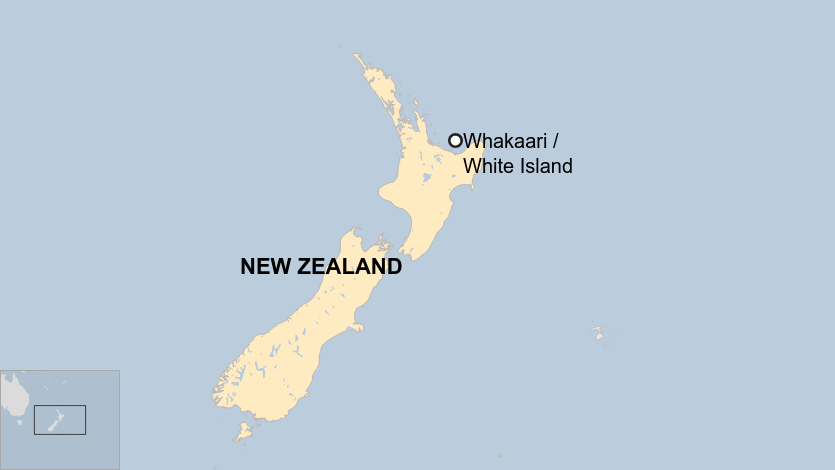 Why Kenyan women are writing on the streets