The labourers had lived in corrugated iron sheds on the farm

Thirteen Pakistani nationals, including eight children and four women, have died in a fire at a farm in Jordan, the civil defence department (CDD) has said.

The fire swept through corrugated iron sheds housing labourers at the farm in South Shouna, a rural area west of the capital Amman, early on Monday.

Three other people were injured.

The Petra news agency cited the CDD as saying it believed the fire was caused by an electrical short-circuit.

Prime Minister Omar al-Razzaz expressed his condolences to the people and government of Pakistan, and called for an expedited investigation into the incident. 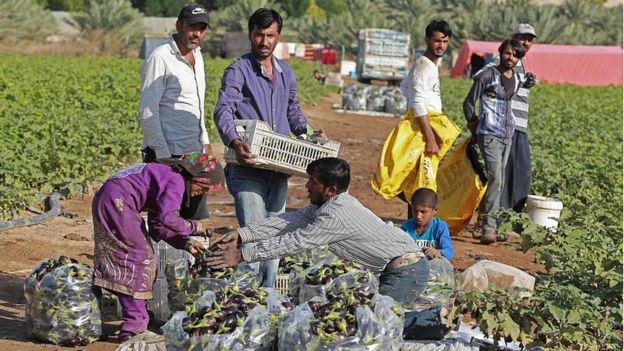 Many Pakistani workers are employed on the farm in South Shouna

Two families had lived in the makeshift buildings used as housing for immigrant labourers, according to the CDD.

Thousands of migrant workers are employed by private farms in the Jordan Valley, many of them housed in poor accommodation. 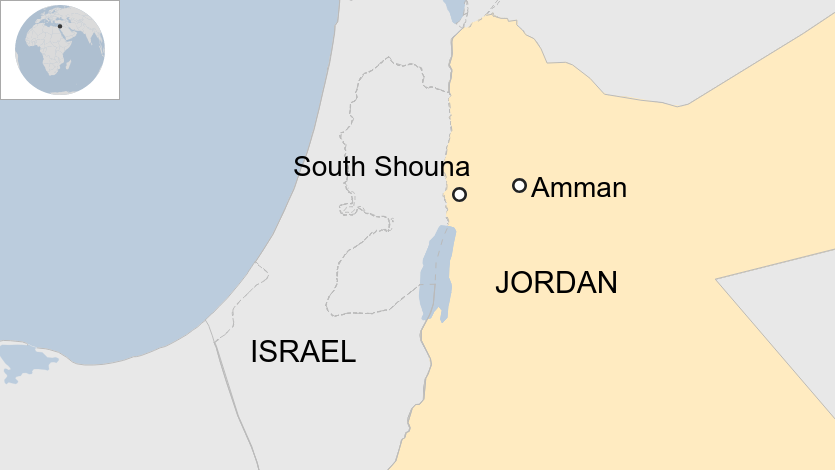